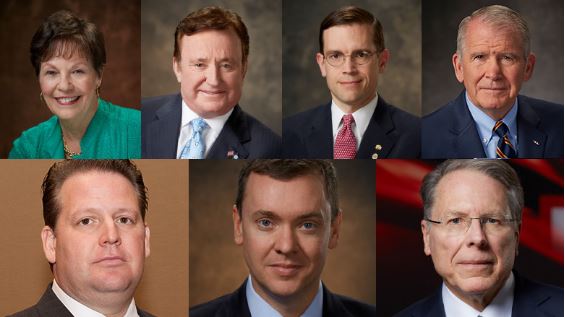 Vox news points out where the fight where fight started…

The controversy stems from the NRA’s relationship with a public relations firm called Ackerman McQueen (known as “Ack Mack” to NRA staffers). Ackerman McQueen has worked with the NRA since the 1980s, and has been a part of every public development of the organization, from its “I’m the NRA, and I vote” campaign to current efforts that have relied heavily on culture war tropes.

The nation’s largest gun rights group and it’s Oklahoma based marketing firm have been thick as thieves for decades on end.   It’s shocking to see a relationship with a vendor turn into a public spat of this magnitude.

According to a complaint the organization filed last week, Ackerman McQueen has refused requests to hand over accounting documents and potentially put the NRA afoul of the laws that govern the actions of nonprofit organizations. As the complaint states, “Put simply, the NRA is at the end of its rope.”

The complaint reveals that as of 2017, the NRA had paid Ackerman McQueen and its subsidiary, Mercury, an estimated $40 million. Yet according to the NRA, the advertising firm won’t give over documentation explaining what, exactly, it was spending that money on.

If I gave somebody $40 million, I’d have questions about what they spent it on as well.

At this point, Fmr. NRA President Oliver North has been ousted and replaced by Carolyn Meadows, but the rest of the troubling allegations have yet to be fully addressed.

Investigations by the New York Attorney General’s Office, lawsuits back and forth between it’s vendors, allegations of sexual harassment, and mishandling of donor’s contributions…    At this point the NRA has a lot of explaining to do.

One thought on “What’s on fire at the NRA?”