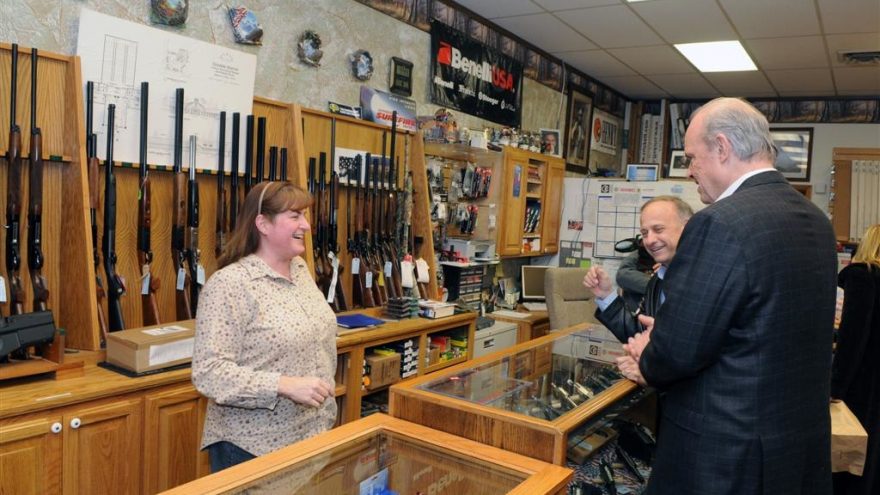 We are seeing overwhelming demand for gun purchases and ammo, nationwide, as many fear the unknown. Uncertainty about just how long the current “Social Distancing” and, in CA, lockdown will last has citizens fearing the worst.

Mayor Sam Liccardo, of San Jose, has decided that gun shops are “non-essential”. Under the shelter-in-place order throughout California the mayor was allowed to order gun shops to close.

“We are having panic buying right now for food,” Liccardo said Wednesday. “The one thing we cannot have is panic buying of guns.”

The order has some residents of San Jose upset.

One resident was outside the shop vehemently disagreed with the decision.

“Essential? It’s our right to arm ourselves,” Wolfe said. “Toilet paper is essential, right? People are going nuts for that, right?”

Another, J.V. Sumabat, had the same concerns that many are sharing during this time:

“I’ve seen people fighting over toilet paper. I’m worried what they will do out of desperation,” he said.

This is the exact same concern many folks have about desperate times. The old saying 'desperate times call for desperate measures' has proven to be true throughout the world's history. When people face life or death situations they either have fight or flight reactions. There's no telling what someone may do if they have no food or essentials and they know that you do.

Police in San Jose have said they're not looking to specifically target certain businesses but if they happen to be driving around and see on open that's considered non-essential they will have to step in and shut it down.

For more on this story go to Mercury News.

One thought on “National Emergency Orders Gun Shops to Close”