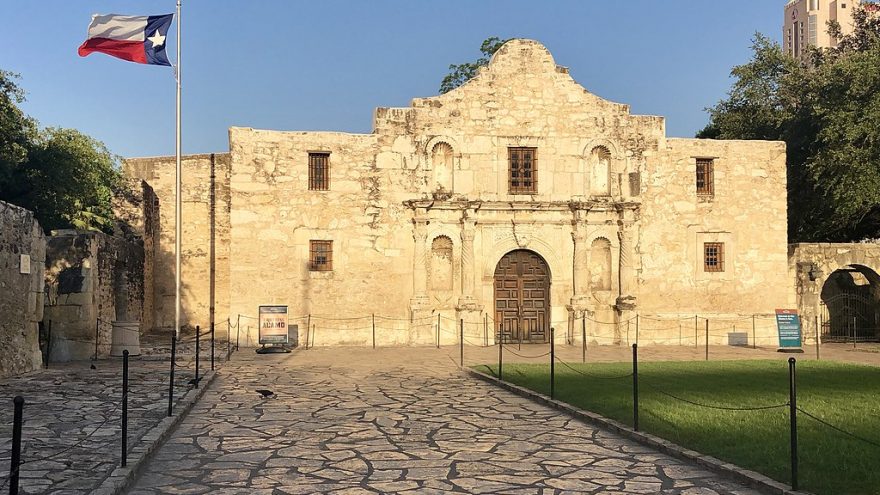 
The state of Texas waved its finger at the notion some protesters are planning to destroy the historical site.

We’ve seen historical sites destroyed and statues torn down and defaced over the last 2 weeks of protesting and rioting. Robert Barnes tweeted that the protesters have now set their sights on tearing down the Alamo.

The state of Texas disagrees.

Bush said they have already deployed law enforcement to the site for protection.

The Alamo is the Shrine of Texas Liberty. And it will be defended. My office is closely watching the social media posts and rumors from protesters who are threatening to come to The Alamo. Rest assured, we have already deployed, for several weeks and continue to do so, the Alamo Rangers in partnership with [San Antonio Police Department, The Department of Public Safety and The National Guard to protect this sacred site.

He included some photos of a large law enforcement presence standing in front of the Alamo and had one final message.

My message to the protesters is simple: Don't mess with The Alamo.

This is in stark contrast to the way states like Washington, New York, and Minnesota have approached the destruction of state property and historical monuments.

Texas stated, clearly, it is prepared to protect its land, buildings, and businesses from violent and destructive protests.

62 thoughts on “Texas Warns Protesters It Will Defend The Alamo”