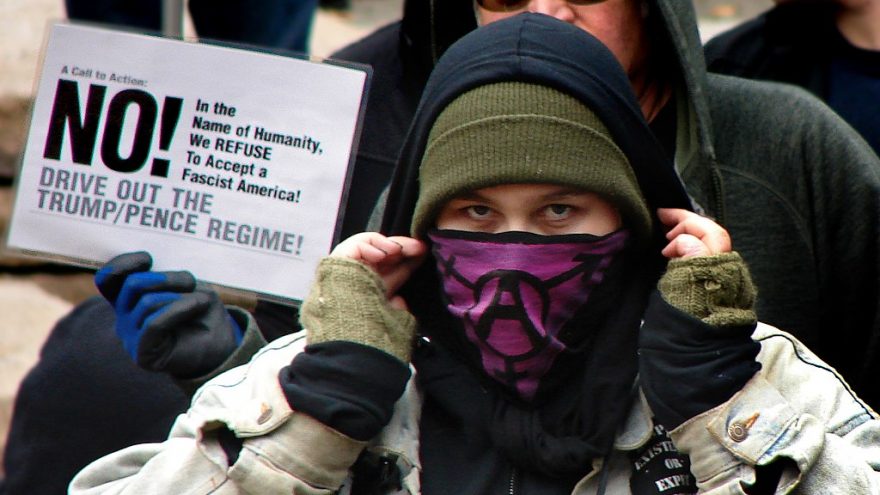 
James O’Keefe has done it again. He had an undercover journalist inside Antifa and what they recorded is exactly what the media won’t tell you.

The first video dropped yesterday and it records conversations of Antifa leaders and organizers explaining what they’re about how sophisticated they are.

Nicholas Cifuni, a member of Rose City Antifa, is on video explaining tactics they use and train for.

The undercover journalist described how he became a ‘prospect’ in Antifa.

The journalist and Antifa terrorist organization met in Portland, Oregon in a strategic process of identification like you would see in a spy movie. Then he had to work his way in to become a 'prospect'. Once inside he captured some of these videos.

Make them feel like they look ridiculous, make them feel outnumbered and therefore, their whole yay yay America Trump thing is going to go by the wayside.

He identifies the founder of Rose City Antifa as Caroline Victorin. Caroline moved to Sweden with her husband. The journalist explains that there was a constant connection with a European contact. He explains that whoever was her connection had much more experience in warfare-like tactics and had monetary backing.

It works like something you might see on a Sons of Anarchy episode. Disloyalty can be and is punished by violence. Essentially, their goal is to be violent and cause division among the people in order to lead to a total breakdown of society.

Why haven't any top Democrats come out and condemn Antifa?

Minnesota Attorney General and Minneapolis City Council member, Keith Ellison, has promoted the Antifa manual and taken a picture holding it. His son, Jeremiah Ellison, just declared his support for Antifa on Sunday.

For more on this story and to watch the video, go to Project Veritas.