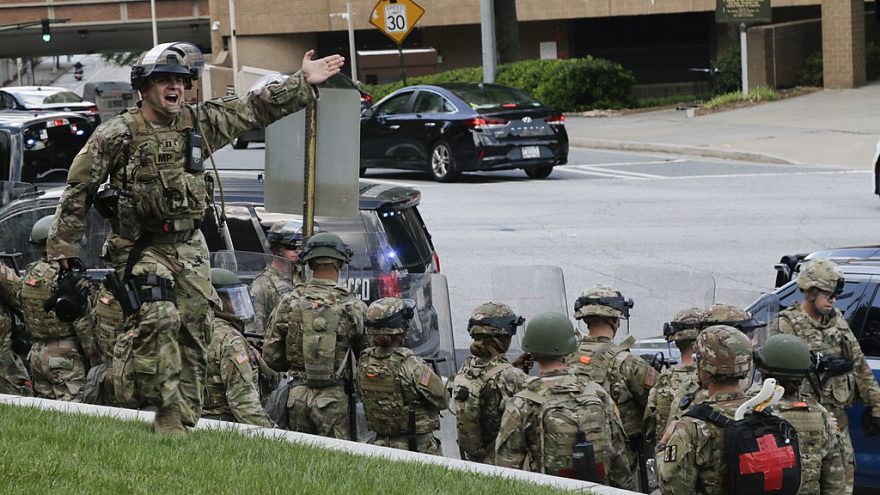 
Atlanta Mayor Keisha Lance Bottoms finally admitted that enough is enough and the shootings have gotten out of hand. Atlanta has become a disaster area after she, and the District Attorney, threw the police under the bus, so to speak.

According to Inside Scoop Politics, an 8-year-old was shot and killed over the weekend after the car she was in was blocked by protesters and they tried to turn around. That’s when at least 2 people opened fire on the vehicle, killing the 8-year-old girl.

You'd think Mayor Bottoms would be happy with the help but you'd be wrong.

The mayor of Atlanta said Tuesday that she doesn’t agree with the Georgia governor’s order to mobilize the National Guard in her city as a surge in violence became a political talking point.

She also admitted that they're losing "the movement" and it's not police that are doing the damage. It's the protesters. Specifically the BLM protesters.

“We’ve protested, we’ve demonstrated, we’ve been angry, we’ve cried, we’ve demanded action. Well now we’re demanding action for Secoriea Turner and for all of the other people who were shot in Atlanta last night and over the past few weeks because the reality is this – these aren’t police officers shooting people on the streets of Atlanta, these are members of the community shooting each other, and in this case, it is the worst possible outcome.”

She's had weeks to make a decision that could help stop the violence but she's chosen to play politics instead of take care of the citizens in her city. She could have requested the help at any time but she chose to blame everyone else that couldn't have possibly been responsible while covering for those who were directly responsible.

I'm not sure why the governor would ask for her input at this point. She's proven to be incapable of managing her city.