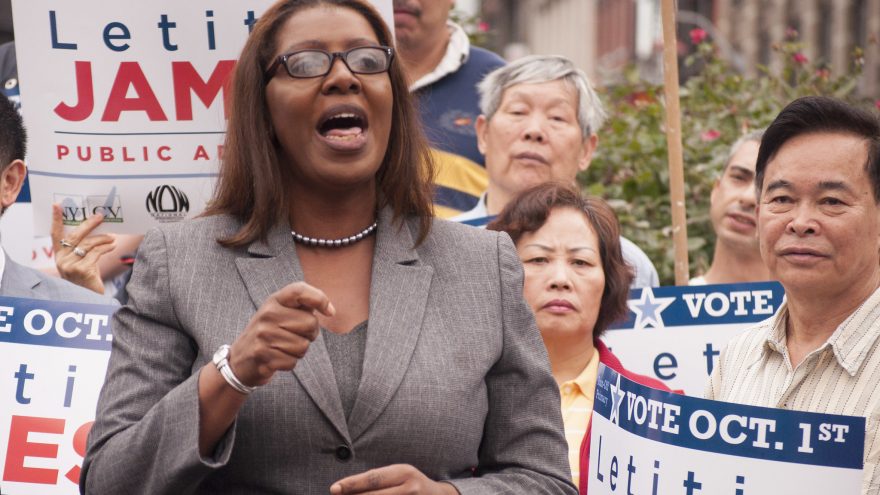 Letitia James, NY Attorney General accused senior members of the NRA of fraud, spanning a period of decades as she filed a suit to dissolve the NRA, on Wednesday.

The suit names 4 individuals, including the current Executive Vice President Wayne LaPierre, of using funds for private vacations and expenses in a flurry of misdealings.

“The NRA’s influence has been so powerful that the organization went unchecked for decades while top executives funneled millions into their own pockets,” James said in a statement. “The NRA is fraught with fraud and abuse, which is why, today, we seek to dissolve the NRA, because no organization is above the law.”

James so much as called the NRA “a terrorist organization”.

The NRA has said it will appeal the lawsuit and called it "baseless".

"This was a baseless, premeditated attack on our organization and the Second Amendment freedoms it fights to defend,” Meadows said in a statement. “You could have set your watch by it:  the investigation was going to reach its crescendo as we move into the 2020 election cycle. It’s a transparent attempt to score political points and attack the leading voice in opposition to the leftist agenda.”

James has also been accused, on many occasions, of using her office for political power and leverage. She has attacked Trump and the Trump Organization in the same fashion.

President Trump weighed in on the matter saying the NRA should move to Texas and live a great life.

7 thoughts on “N.Y. Atty General Sues to Dissolve the NRA”