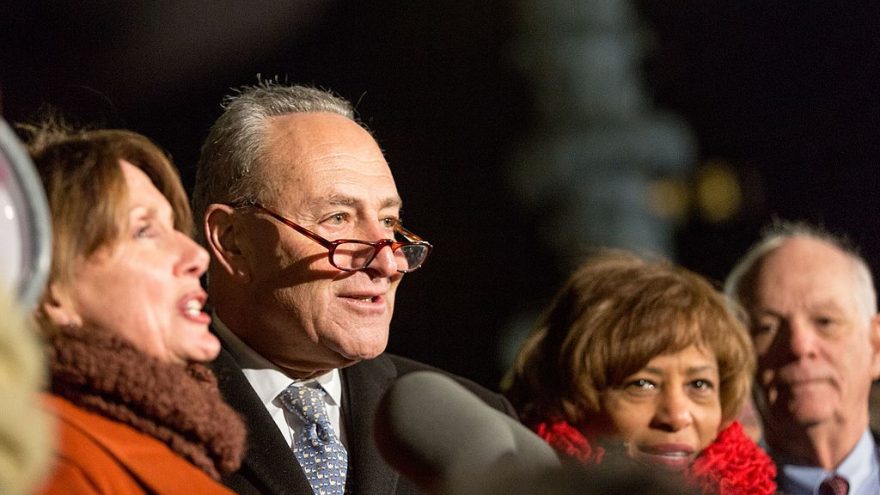 
Most gun owners already know that if they want to keep their right to bear arms, Trump had better win in November. However, they may need more than just a Trump victory.

The NRA understands this.

If Joe Biden wins, he will destroy our Second Amendment, and America will become unrecognizable.

He explains that the Democrats have promised to end the filibuster, thereby giving them the power to pass any vote by a simple majority of one vote.

The Democrats have made no bones about what legislation they’re going to focus on, if they win.

President Trump has nominated record numbers of circuit court judges but many are under the impression that Republicans now 'own' the circuit courts.

Not true, Trump just brought the courts back into balance. That's how badly the Democrats were kicking our butts over the years.

And no Republican leader really even talked about it. Why?

President Trump's 53 federal circuit court confirmations have only just brought the courts into balance, with Democrat-appointees still controlling circuit courts for 24 states plus DC. The DC circuit court is considered the second most important court after the Supreme Court.

As Lott Jr. explains, these Democrat controlled courts are the ones that typically get to handle the 2nd Amendment cases.

Well, we have control of the U.S. Supreme Court, you might say... When it comes the issues, not so fast.

Four Republican-appointed justices clearly care about the right to self-defense. But they won’t take up gun control cases for fear that Justice John Roberts will side with the liberal justices. He has already done so on cases concerning religious freedom, DACA, and Obamacare.

Roberts has turned out to be a colossal failure when he was needed most and is no longer considered a conservative vote.

So, here's why a Trump victory may not be enough to keep your right to defend yourself from violent thugs and an oppressive tyranny. Dems still have a chance to control the Senate.

There are five states where the average of the latest polls show less than three percentage points separate the Republican and Democrat Senate candidates –Iowa, Maine, Michigan, Minnesota, and Montana. All these states have traditionally had strong support for the right of self-defense. But the betting odds show the senate right now will end in a 50-50 tie, which means whoever wins the presidency will determine who controls the Senate.

Read more of this important article at Townhall.com.