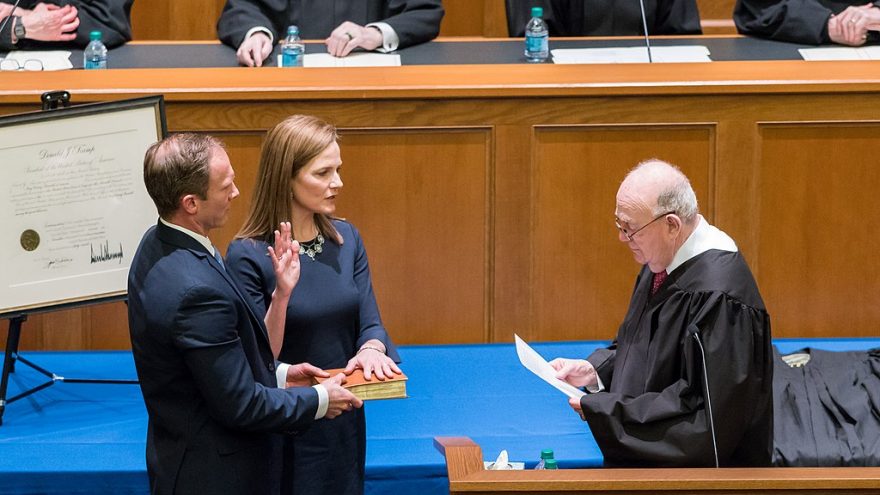 
The battle we all knew was coming at some point is now here. The next Supreme Court Justice placed on the highest court may decide the future of the Bill of Rights in the United States for decades to come.

As we’ve learned with Chief Justice Roberts, a simple republican nomination doesn’t guarantee a conservative vote. While not much is widely known about one of President Trump’s potential nominees, Judge Amy Coney Barrett, she appears to have a conservative and ‘originalist’ stance on the Bill of Rights.

President Trump has urged Republicans to defy the democrat talking points and not fall into a trap of waiting until after the election to nominate a new justice.

Mitch McConnell has said that Republicans now have the votes to pass the next Justice if the nominee meets the expectations.

Judge Amy Coney Barrett is one of the top two prospects in Trump's lineup. She has served on the 7th U.S. Circuit Court of Appeals for about 3 years now and the Kanter vs. Barr case provided a glance into where she stands on gun rights.

She has long expressed sympathy with a mode of interpreting the Constitution, called originalism, in which justices try to decipher original meanings of texts in assessing if someone’s rights have been violated. Many liberals oppose that strict approach, saying it is too rigid and doesn’t allow the Constitution to change with the times.

Barrett’s fondness for original texts was on display in a 2019 dissent in a gun-rights case in which she argued a person convicted of a nonviolent felony shouldn’t be automatically barred from owning a gun. All but a few pages of her 37-page dissent were devoted to the history of gun rules for convicted criminals in the 18th and 19th centuries.

While it's not known whether she will be the final nominee, she seems to be the front runner and what little is known about her stance on guns looks to be promising.