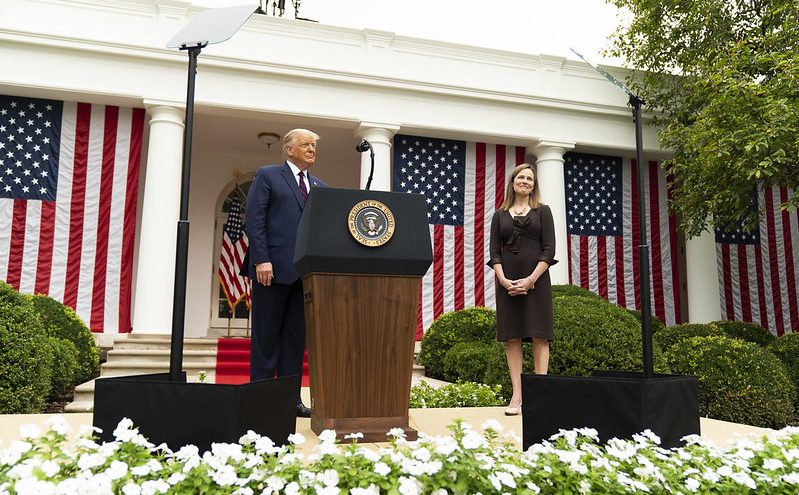 
During Amy Coney Barrett’s SCOTUS confirmation hearing on Tuesday, Barrett shared her views on how she would approach cases regarding the 2nd Amendment… and it wasn’t exactly what Dianne Feinstein (D-California) wanted to hear.

As Feinstein was making her case for stricter gun control she asked how Coney Barrett would rule on the matter.

“I spent a lot of time in that opinion looking at the history of the Second Amendment and looking at the Supreme Court’s cases,” Barrett told Feinstein. “So, the way in which I would approach the review of gun regulation is in that same way: to look very carefully at the text, to look carefully at what the original meaning was.”

This is about right in line with what we’ve seen from her in the past.

Senator Dick Durbin (D-Illinois) pushed back on Barrett's possible protection of gun rights for nonviolent felons and said a categorical distinction would be appropriate for felons.

"I think we could all agree that we ought to be careful of saying that because someone is a felon they lose any of their individual rights," Barrett told Durbin.

Democrats made clear that, while they are accusing Barrett and Trump of politicizing the high court, they only want a Justice confirmed who will agree with their political views on cases.

Barrett doesn't seem to think the law has to bend to fit the intentions of any particular legislator, even Mike Lee (R-Utah).

"The law is what the people understand it to be, not what goes on in any individual legislator's mind," Barrett told Lee. "I respect you, Senator Lee, but what passes both houses, that's the law, not any private intentions you have."