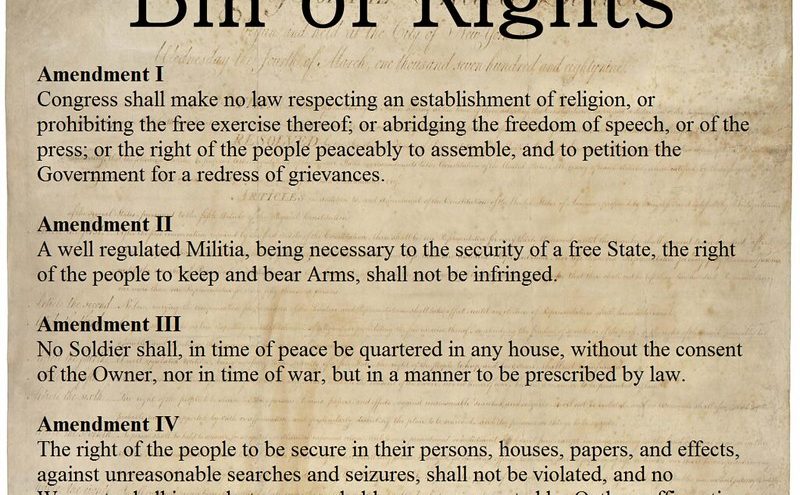 
I’ve spent a good amount of time working in the political world and what I’ve learned is that “everything is politics so just take it with a grain of salt and wash it down”.

Currently, I don’t know many people that work in politics who think this is anything other than another election. In fact, I know many on the Republican side who like President Trump’s policies but not his personality, so they won’t vote for him. Again, these are political consultants not regular citizens.

“They’re coming to take your guns!” is something they laugh at because they’ll point back to “No, they’re not. They say that every election” – and they’re not necessarily wrong.

Except that I believe that they will take our guns, if they can. And I also believe they can.

Most people are aware that other countries have been taken down by Communism and/or tyranny but, that it surely would never happen here.. This is the great United States of America.

As if the name itself provides some sort of shield against tyranny.

Sure, that sort of thing can happen in Venezuela, China, North Korea, Germany, and the Soviet Union. "That's different."

Democrats, themselves, have accused Trump of being a Russian agent. They've also said that he may not leave office if he loses. If he were a Russian agent, but wasn't convicted, and refused to leave office, what would be next? Who would remove him? The military or the CIA just decide they're gonna take a President out? You know what kind of countries that happens in, right?

Our Second Amendment was included in the Bill of Rights in case our government turned into a tyrannical form and must be overthrown.

There is no Constitutional remedy when the 3 branches and Supreme Court are led by corrupt individuals or parties.

Some might say we aren't far away from that scenario. For the record, I don't think we're there and I'm positive Trump isn't a Russian agent.

But the idea that it couldn't happen here in the United States is ridiculous and dangerous.

We've watched governors shut down small businesses and arrest people for going to work or playing with their kids at a park. Some states have mask mandates for you to even buy groceries. We've watched Big Tech mobs pressure companies to fire people who don't agree with their politics.

We have watched a politicized FBI, DOJ, and CIA coordinate with a political campaign to spy on a presidential campaign, and President, without penalty. The Democrat led House impeached a sitting President for something their own current Presidential candidate did. If there is no penalty for that, why would it ever stop?

We may be a long way from tyranny right now but we also could be months away from it being solidified. There will be no foghorn warning.

Without guns, under tyranny, we have a choice to live in a form of slavery or die.

The 2nd Amendment is the only thing keeping America from tyranny. If that's gone, it's over. The Constitution is a piece of paper that means nothing if ignored by the people with the power to enforce it.

4 thoughts on “Tyranny Could Be Knocking On The Door”