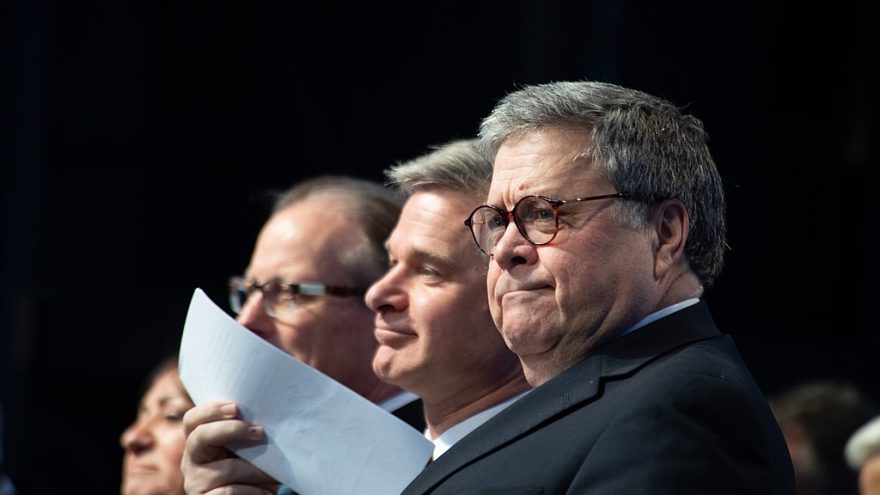 
The Democrats in charge of elections in these swing states right now are responsible for their actions and should be held accountable.

The inaction of the Department of Justice should also carry some of the blame for this election crisis. We all know what happened in the 2016 election but those responsible have still avoided any type of serious consequence for their actions.

What do criminals do when they get away with a crime and profit from it?

They do it again. It worked.

Kids don’t even stop doing something if they get away with it every time. That’s why we hand consequences to kids when they break the rules. The reason democrats felt brazen enough to stop vote counting while Trump is steamrolling the country is because they knew they could.

The reason they opened the reporting back up with huge dumps of Biden votes is because they can.

The media runs public relations cover for the establishment politicians. They don't call FL for Trump when it's impossible for Biden to win but they do call AZ for Biden in practically the opening minutes of counting.

Because they don't want to give Trump a lead, ever. It helps set the tone for a long night and makes it seem as if Trump was never going to win. It makes it an easier "sell" to the people if Trump 'never had the lead'.

They're actively blocking republican observers from being a part of the ballot counting process. Heck, they're cheering as they're kicking them out.

They're not hiding their fraud anymore. They don't care if you know.

The Democrat party has now actively subverted 2 straight elections (that we know of). If they get away with it, there will never be another fair election in this country. They sure as hell aren't going to quit.

The inaction of the DOJ holds some blame for this. They had 4 years to act. They should have acted. The DOJ decided to wait for any Durham report or indictments. That move itself was political. If we don't have the rule of law, we have nothing remotely close to freedom.

If the DOJ doesn't act, republicans likely will take to the streets. What other option would they have? The DOJ can come clean and restore its image, but they better do it soon or this country will be long gone and something far less attractive and pleasant will take its place.

22 thoughts on “How Much Blame Does The DOJ Own For This Election Crisis?”