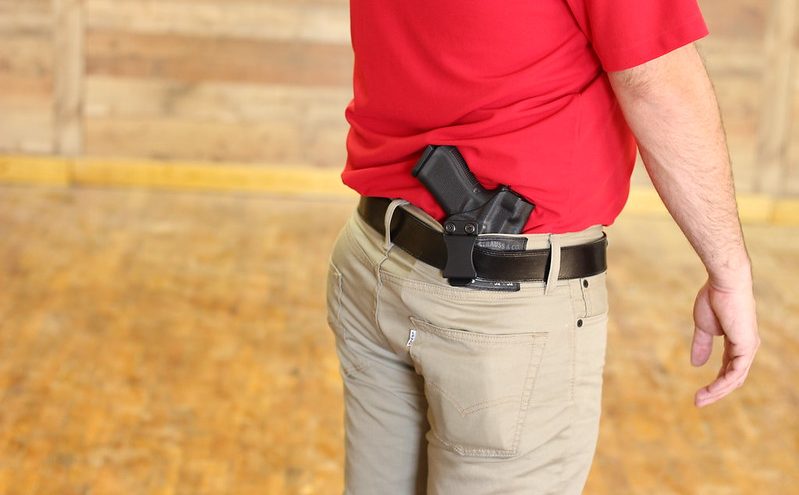 
In a sweep of overrides on May 3rd, the Kansas legislature overturned Governor Laura Kelly’s (D) veto of a bill that will allow 18-year-olds to get a concealed carry permit in the state, reports The Wichita Eagle.

The bill allows 18-20 year olds to conceal a weapon after they go through a background check, get some training, and obtain a license.

The bill was initially vetoed by the governor in April. But in the first week of May, the Kansas Senate voted 31-8 to override the governor’s veto which was the bill’s last stop before officially becoming law.

Kelly initially vetoed the bill because “legislation that allows more guns on campus is neither safe nor effective, and it will drive prospective students away from our schools.”

Republican lawmaker John Barker of Abilene pointed out that 18-year-olds “can carry a gun (openly) in the state of Kansas” already and this law merely allows them to put the gun under their clothing after they have received training.

Barker also questioned the governor’s commitment to the second amendment saying, “I find that hard to believe”.

Some Democrats found themselves trying to explain why 18-year-olds are allowed to defend our nation in the military, while not being able to defend themselves at home. Rep. Louis Ruiz of Kansas City said, “You may say in the military, they can join at 18, which is true—the culture in the military is firearms, they respect the firearms. A lot of times I’ve seen things happening, especially in the inner city . . . where people who carry, especially young people who carry firearms, want to gain respect by carrying firearms instead of respecting the firearms.”

Because of a 2013 law that allows students and faculty to carry guns on public college campuses and this new bill, the majority of college students will now have access to their second amendment rights while at school.

The new law goes into effect on July 1st.

One thought on “Kansas Lowers Concealed Carry Age to 18”