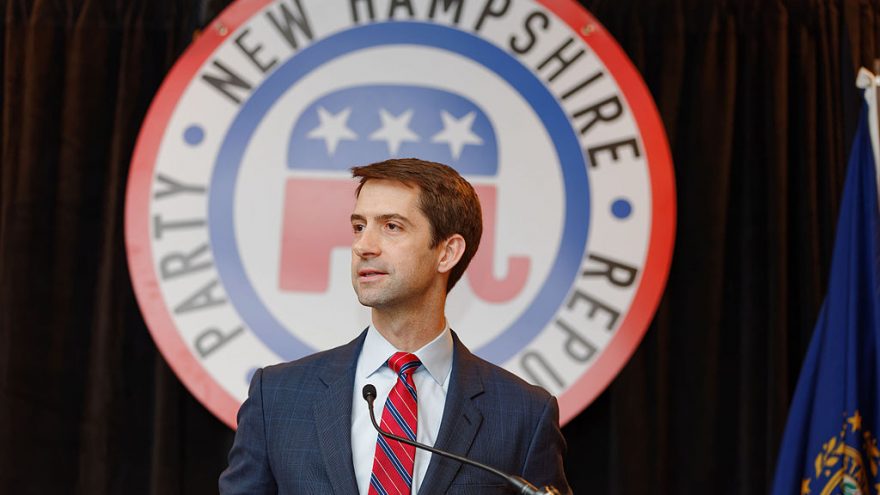 Cotton asked Chipman how he would define an “assault weapon,” which he supports banning. Chipman replied with something that should have every red-blooded American calling their Senators and demanding they vote to not confirm Chipman.

Chipman’s answer indicated that the ATF has defined an assault rifle as “any semi-automatic rifle capable of accepting a detachable magazine above the caliber of .22, which would include a .223, which is, you know, largely the AR-15 round.”

Cotton told Laura Ingraham of Fox News that this response was “very illuminating and very troubling.” “We’re talking about tens of millions of firearms that Joe Biden’s ATF nominee wants to outlaw and confiscate,” Cotton said.

And that is the truth. If a ban on “assault weapons” as Chipman defines them were to pass, a massive number of guns would become illegal and potentially taken from Americans.

Other Senators also tried to get a handle on Chipman’s true beliefs about gun control.

Texas Senator Ted Cruz started in on Chipman with this: “The AR-15 is one of, if not the most popular, rifle in America. It's not a machine gun. It's a rifle. Your public position is that you want to ban AR-15s, is that correct?” Chipman replied that he supported such a ban.

The other Texas Senator, John Cornyn, asked Chipman if he considered “a law-abiding gun owner a threat to public safety.” The ATF nominee’s contradicted himself by saying that there are “often occasions that that person then goes on to commit a violent crime,” while saying that the “majority of gun owners are law-abiding.”

This answer makes one question Chipman’s motives. If he believes that the majority of gun owners are law-abiding citizens, why does he feel the need to ban their weapons?

If you are not interested in the ATF being run by someone who has stated publicly that he would like to ban AR-15s and other weapons, now would be a good time to contact your senators.