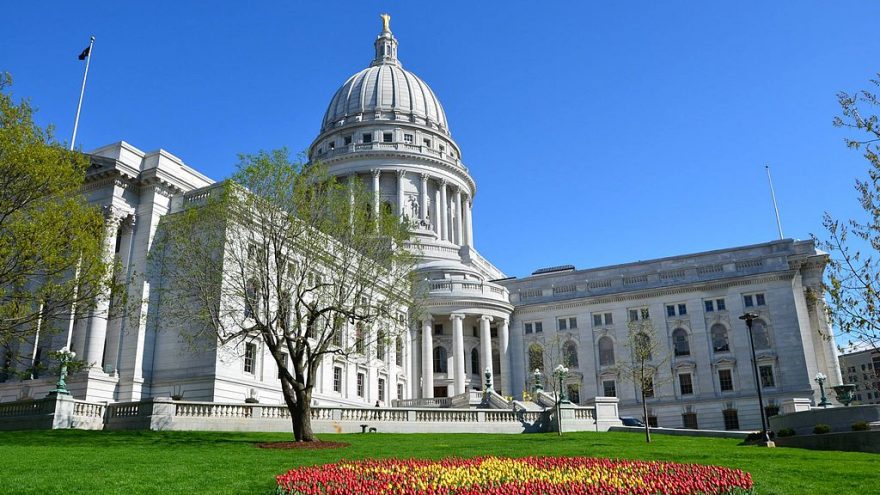 
On June 9, the Wisconsin Senate approved a bill that would make Wisconsin-made firearms not subject to federal regulations, reports Wisconsin Public Radio. The bill is headed to Gov. Tony Evers to be signed, though he is expected to veto the bill.

The bill requires Wisconsin gun manufacturers to stamp their firearms with “Made in Wisconsin” or a similar phrase. This allows guns that have been manufactured in the state and have not left the state to not be subject to federal firearms laws, except those that are identical to currently existing state laws.

The bill also makes it a misdemeanor for anyone to enforce a federal “act, law, statute, rule, regulation, treaty, or order” that restricts the “semi-automatic firearms, assault weapons, or magazines; requires registration of firearms, magazines, or other firearm accessories; regulates the capacity of magazines; regulates the quantity of ammunition or bullets an individual may possess; prohibits types of ammunition or bullets; or requires the confiscation of a firearm.”

This means that federal agents or state agents would not be allowed to enforce certain federal laws in the state of Wisconsin.

The bill also specifically prohibits and state or local agencies from using money or other resources to confiscate a lawfully owned firearm. This protects citizens in blue areas from having their guns confiscated under local laws.

The bill passed in the Wisconsin Assembly by a vote of 61-36, narrowly missing the supermajority needed for a potential veto override.

While Governor Tony Evers is expected to veto the bill, the very fact that the bill passed is part of a trend among many state and local governments to protect 2nd Amendment rights.

State Senator Mary Felzkowski, who authored the bill, made a statement saying, “We are the greatest country in the world, with freedoms for every man and woman enshrined in our Constitution. Only after raising an army to defeat an unacceptable oppressor were we as a nation able to establish protections to make sure we never find ourselves in that situation again.

Given our country’s history, it is sheer lunacy that people in Washington D.C. openly discuss stripping the rights of legal gun owners throughout our country.”