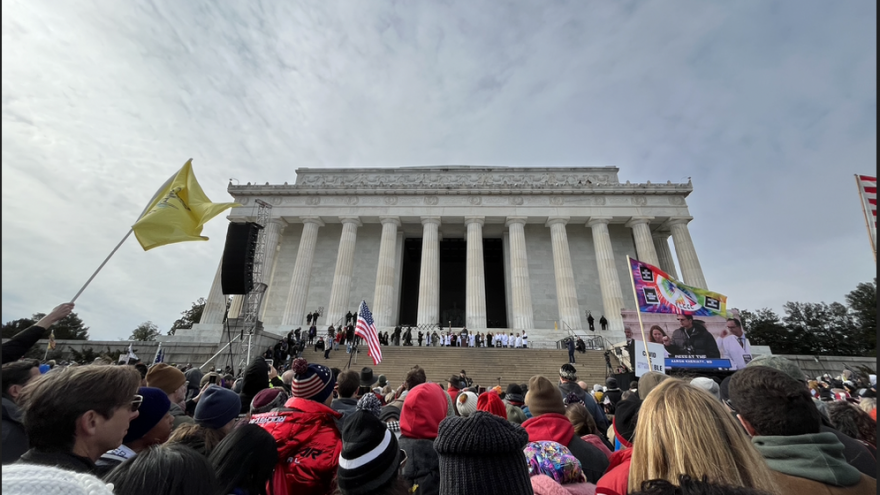 
On Sunday, January 23rd, a crowd of around 20,000 Doctors, experts, and patriots marched against tyrannical vaccine mandates. Many prominent leaders gave speeches on the steps of the Lincoln memorial to inspire resistance to unwarranted state expansion.

Joe Rogan advertised the rally on his podcast and made it clear that this march is not against vaccines but simply against forcing them on everyday Americans. The impressive list of speakers included prominent politicians and representatives for 17,000 doctors who oppose vaccine mandates on medical grounds.

Robert F Kennedy Jr. invoked powerful images of the holocaust and the rise of NAZI Germany. He pointed out similarities in segregation, the showing of papers, and barring an entire class of people from travel as well as countless events. Kennedy also explained how Pfizer cancelled long term testing on vaccines after 6 months when they demonstrated disastrous results.

Dr. Robert Malone, inventor of the MRNA vaccine technology gave a rousing speech on Sunday. “In regards to the vaccines to COVID-19, the science is settled, they’re not working.” Malone spoke about core durability, leaky vaccines promoting a stronger virus, and the many risks that accompany them. Malone stirred thunderous applause with the phrase, “where there is risk, there should be choice.” He said that this is the fundamental principle of biomedical ethics.

Ultimately that’s what all of this comes down to. If you choose to vaccinate, that is your choice. The moment you force someone else to take on the risk of heart problems, the near certainty of getting sick, and the growing list side effects of the vaccines, you’ve simply crossed the line. We’ve already surrendered far too many of our freedoms to this common cold, it’s time to resist.