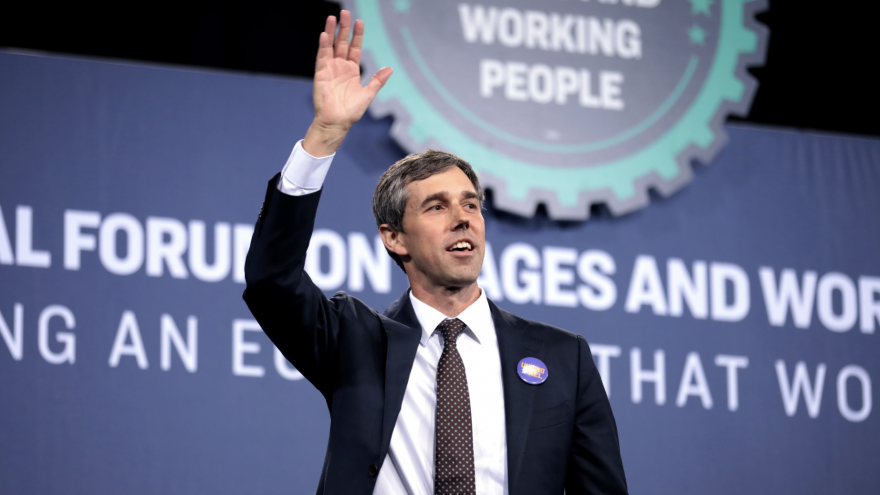 
Recently, Democrat politician and Texas Gubernatorial candidate Robert Francis O’Rourke came out with a different stance on firearms than he had in past elections. O’Rourke changed his stance from one of “confiscate privately held firearms” to “well maybe we don’t have to take all of the firearms.” Many, including us, flayed O’Rourke for pandering to independent voters but many in the media have now come to his defense.

The Houston Chronicle recently came out to not only defend O’Rourke’ stance on the 2nd Amendment but to give him an endorsement in the Texas Democratic gubernatorial primary.

During an interview with the Houston Chronicle, O’Rourke stated that he was having a hard time convincing gun owners to vote for him in the election. O’Rourke admits that this may have to do with his previous statements regarding the 2nd Amendment and his now infamous quote about taking your AR-15, but O’Rourke would also go on to blame his opponent, Greg Abbot, who O’Rourke claims is leading people to believe that he will take everything including “butter knives.”

The Huston Chronicle was quick to defend his early stance on the 2nd Amendment from the Presidential election saying that he was overexaggerating his stance as he was emotional at the time.

As reported in the Houston Chronicle:

But he told us it gives him an opportunity to explain why he made that bold declaration in one of the presidential debates: “Look, I don’t know how you all would have reacted if 23 people in your community were slaughtered. If you were there, the day it happened and met the family members in the ICU waiting room who said, ‘why in the world, Beto, does somebody need a weapon like this in our community? And why were we as Hispanics hunted down for the color of our skin or ethnicity or country of national origin? And what are you, Beto, gonna do about that?’ Those are serious questions.”

And he answered them, before a national audience and political opponents who will never let him forget it.

It should come as no surprise to any American who has followed politics in recent years that the media is in the corner of the left and will be for the foreseeable future. Practically every gun owner is aware of this fact and the media’s attempt to manipulate reality will not be a fruitful endeavor in regards to those gun owners. Sadly, the media will manage to trick some independent voters with this twist and for that “Beto” may actually get a few extra votes in this upcoming election