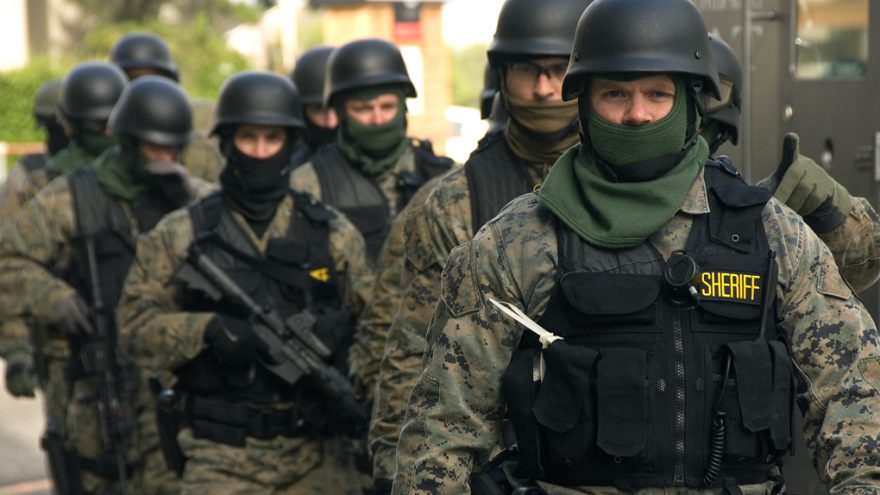 
Freedom loving Canadian truckers continue to protest vaccine mandates. Justin Trudeau is enacting emergency powers that allow him to use military power against these peaceful protestors.

The trucker protest has been peaceful, respectful, and reverent. They only ask for the freedom to make their own personal medical decisions. The Trucker’s haven’t burned any buildings, attacked anyone, or looted any stores. Only two years ago, Black Lives Matter was burning down American cities. Justin Trudeau endorsed those riots that committed all three of the aforementioned crimes (see links). He even attended one.

So the Canadian Prime Minister enacted emergency powers for the first time in the country’s history. This is a move of panic. Canada’s government has lost control and the people are winning.

The American media is fighting hard to paint these peaceful marches as evil, however. Politico claimed that movement is fringe and “far right.” They parroted the unsubstantiated claim that the protests are being led by NAZI and Confederate flags. If you follow their links, you’ll find a yahoo page with no photos, no video, just a word of mouth claim that someone saw NAZI flags. The source even admits that it is a “small minority” of the group (if it even exists at all).

Where is Time Magazine’s defense of the truckers as 100% peaceful like they did for 93% of BLM riots? The truth is that they don’t believe in a grand right of peaceful protest. They only want their people to have that freedom. Unfortunately, the justice system similarly lets BLM protestors off just as easily.

It’s possible you may not have heard, but there is an American trucker convoy traveling to DC in March. We’ll see if they receive the same treatment.

But back to Canada. Interestingly enough, Trudeau doesn’t even have the justification stipulated in the documents outlining the emergency powers. The protest would have to threaten the “health and safety” of the nation’s citizens, or the “sovereignty or integrity” of Canada’s government. Not only is the protest entirely peaceful, but it’s also only a threat to Canada’s economy in the same way that a strike would.

How ironic is it that the same people who claim to champion “workers’ rights” (including the teamsters union) seem to be so opposed to these? Let’s keep fighting hard!