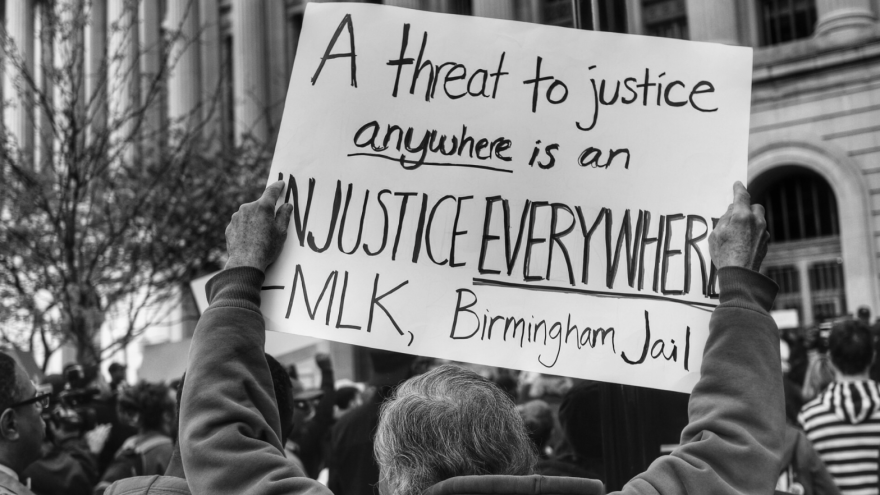 
Gregory and Travis McMichael face a guilty verdict for the murder of Ahmaud Arbery who they cornered and killed in February of 2020. The father and son were certainly guilty of murder and should face justice, but were they guilty of the “hate crimes” they were convicted of?

All things considered, this case is rather open and shut. Arbery was snooping around a construction site. The McMichaels saw camera footage and decided they would find him while he was out jogging and point a shotgun at him. If a random citizen points a shotgun at you, you are well within your rights to try and wrestle it out their hands. He had a fight or flight reaction and he chose to stand his ground. Some in the media are trying to use this to promote gun control, but worse still is how racial dogma forced its way into the courtroom.

The McMichael’s have a history of some very unsavory statements and views about race. This much is true. The strongest evidence was when defendant William “Roddie” Bryan claimed Travis uttered a racial slur over Arbery’s dead body. This evidence was discounted though when the court determined Bryan’s testimony was unreliable. Bryan didn’t want his children dating African Americans. Travis McMichael said that he loved his job because “zero n—–s work with me,” which definitely indicates racial animus. The victim was black. Is this enough evidence to claim the case was racially motivated?

Benjamin Crump, a civil rights lawyer representing the Arbery family, said the federal trial represented a final opportunity to get to the “crux” of what he called a lynching.

“This was predicated on the color of Ahmaud Arbery’s skin,” he said outside the courtroom before the verdict was read in Glynn County Superior Court in Brunswick.

Although, he never actually showed any evidence of the racial motivation he claimed drove the McMichaels:

The federal indictment charges the three men with hate crimes, saying they infringed Arbery’s civil rights by chasing and killing him because he was Black, among other charges. It does not show what evidence prosecutors might present to convince a jury that racism played a role.

The court showed no evidence that this specific case was driven by racial animus. The McMichaels cornered Ahmaud Arbery because they saw him snooping around construction site. While it far from justifies their heinous act, it is an explanation of their motivation. There is no conclusive reason to believe they wouldn’t have done the same to a white man.

That is exactly the ground that the McMichaels’ lawyer defended:

Greg McMichael’s attorney, A.J. Balbo, said Monday that his client had previously confronted white people who were suspected of possibly committing crimes in the area. Balbo said his client didn’t chase Arbery because he was a Black man, but because he was “THE man” who had been seen in the house.

There is plenty of evidence that the McMichaels held deep-seated racial animus, but none of it directly connects to this case. Without direct evidence that said animus was involved in this crime, there is no basis for a hate crime charge.

This may only seem like semantics but it’s extremely vital that the hand of justice be both fair and precise. If we don’t allow even violent and dangerous criminals the benefit of being innocent until proven guilty, then our justice system is anything but just.