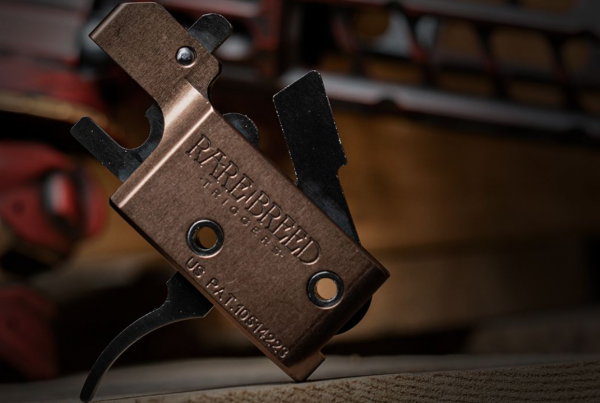 
The ATF appears to be going after FRTs or Forced Reset Triggers. Our sources have indicated that the ATF has sent out an open letter to FFL holders informing them that they have made an official determination on these triggers.

The determination made is that some of these triggers will now be classified as machine guns and some as firearms.

For those who are unaware, Forced Reset Triggers are after-market triggers that allow for semi-automatic firearms to fire at a higher fire rate than would otherwise be possible. This is accomplished by the trigger resting every time it is pulled, this effectively simulates near-automatic fire without having previously met the definition of a machinegun.

Classifying these after-market triggers as machine guns is a huge deal, for those who already have these triggers they may be charged with illegal possession of a machine gun and that charge comes with jail time and/or a massive fine.

As reported in The Herald:

Federal officials are notifying gun dealers that some forced-reset triggers, which allow guns to fire rapidly with a single continuous pull of the trigger, are considered machine guns under federal law and subject to strict regulation.

The notification was being made Thursday in an open letter from the Bureau of Alcohol, Tobacco, Firearms and Explosives to federally licensed firearms dealers. It spells out how investigators have determined the triggers to be “conversion devices,” making the weapons machine guns.

The Biden administration has been working to strengthen gun regulation, step up its fight against gun violence and tackle rising violent crime rates in the country. The Justice Department has already announced it is taking a hardline approach to gun dealers who break federal law and has established several strike forces in cities to help stop firearms trafficking.