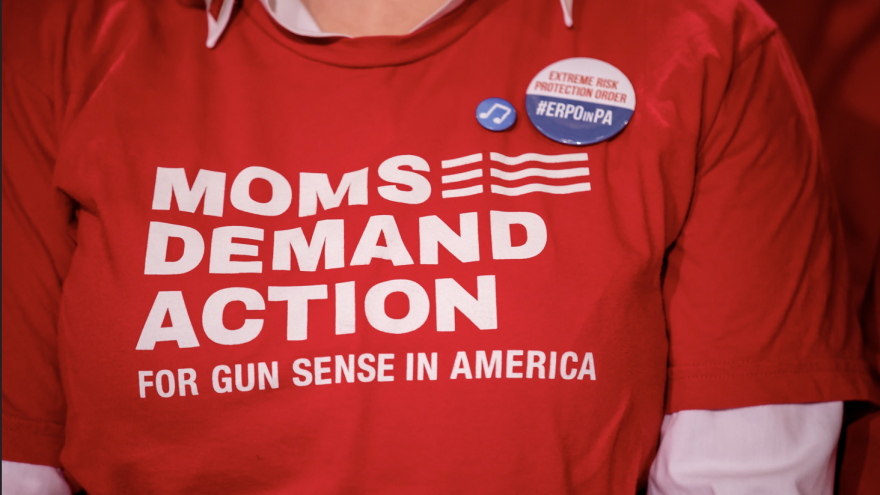 
Following the announcement from the Biden administration, the gun control lobby has come out in full force to celebrate the big win.

Moms Demand Action, one of the largest organizations lobbying for more gun control, came out with a celebratory tweet.

The tweet from MDA reads: “HUGE WIN: At the urging of our volunteers and other gun safety activists, the @ATFHQ is finalizing a rule that will ensure ghost guns—untraceable guns made from parts available without a background check—are treated like the deadly weapons they are.”

The group would also go on to tweet the following: “Ghost guns have become a weapon of choice for violent criminals and are fueling gun violence around the country. We’re grateful to @POTUS for taking action to keep them out of our communities.”

The Giffords Group also came out with a celebratory statement, Former Congresswoman Gabby Giffords commented saying: “The fight to end gun violence is long and hard and full of obstacles, but today we achieved an important victory on our path. For years, ghost guns have posed an increasingly dangerous threat to public safety. While a number of courageous state legislators have taken action, ATF has declined to address this growing problem while operating without confirmed, strong leadership. Today, that is changing, and our kids and communities will be safer as a result. I’m grateful to my friend Joe Biden, the Department of Justice, and ATF for putting the safety of the American people above the interests of the corporate gun lobby.”

Failed ATF nominee David Chipman also came out to make a statement about this rule change: “If you’ve ever built an IKEA bookshelf, you can build a ghost gun—that’s how easy they are to make at home. These do-it-yourself guns are untraceable, allowing individuals who shouldn’t have access to a firearm to obtain one and preventing law enforcement officials from doing their jobs. For years, the gun industry has profited on these homemade weapons and their lack of regulation, at the cost of public safety. Ghost guns have risen in popularity because of their anonymity, and they are wreaking havoc on our communities. We are thrilled to see the ATF take a strong stance to stop the flow of these dangerous weapons onto our streets.”

Chipman’s statement drew particular ire from 2A world for being disingenuous and revealing that Chipman may not even know what a “Ghost Gun” or unserialized firearm actually is.

“Ghost guns look like a gun, they shoot like a gun, and they kill like a gun, but up until now they haven’t been regulated like a gun,” said John Feinblatt, president of Everytown for Gun Safety. “We applaud the Biden-Harris Administration for doubling down on its commitment to gun safety by taking action to rein in ghost guns and nominating an ATF Director who will end its culture of complicity with the gun industry. Steve Dettelbach will be the strong leader the ATF needs to lead a top-to-bottom overhaul of the agency, and we urge the Senate to swiftly confirm him.”

“In finalizing this bold, necessary rule to stop untraceable ghost guns from flooding our communities while also nominating a strong ATF Director to fully enforce it, the Biden-Harris Administration is putting bad actors in the gun industry on notice,” said Shannon Watts, founder of Moms Demand Action. “Our army of grassroots volunteers has fought for years to crack down on ghost guns and elect gun sense champions — and today we’re seeing the results. With gun violence killing 110 people every day and wounding hundreds more, the Senate must quickly confirm Steve Dettelbach.”

“If you can put together an IKEA dresser, you can build a ghost gun,” said Mia Tretta, a volunteer leader with Students Demand Action and a gun violence survivor who was shot and wounded with a ghost gun in a school shooting in 2019. “Unfortunately, it is that easy to get a weapon that has not only changed my life but has done the same thing to thousands of others. Finalizing this rule is a critical step to making sure no one else has to go through what my family has had to go through. I’m thankful to the Administration for its leadership in this space.”

One interesting line that came up in both Chipman’s statement, Mia Tretta’s(Students Demand Action) statement, and several reports from the press was this comment about “Ghost Guns” being as easy to assemble as “Ikea Furniture.” It’s unclear where this line originates from but it is strange to see all these activist use it, especially because it isn’t the slightest bit true. This cookie cutter line ignores the facts and insinuates that you need a milling machine or some other piece of high end machinery to make Ikea furniture.

One thought on “Gun Grabbers Dance as the Second Amendment Bleeds”