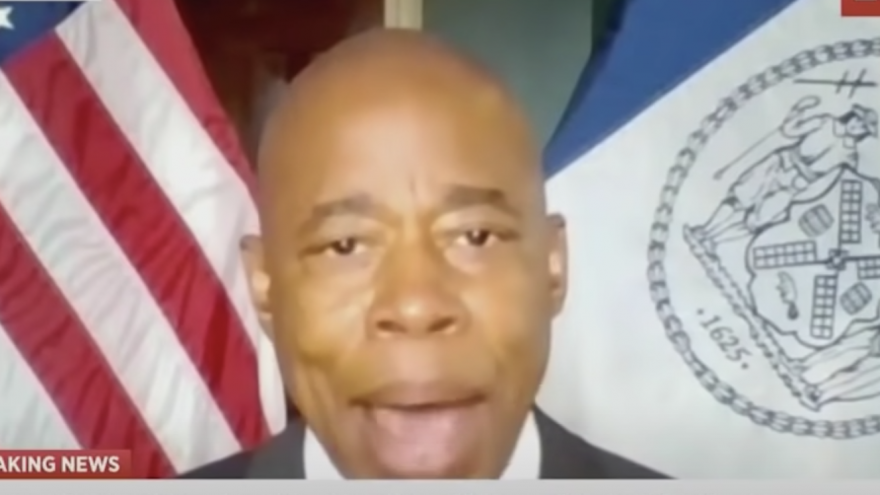 
In case you forgot, apparently guns kill people, as opposed to the people using them.

New York City Mayor Eric Adams blamed firearms for the tragedy that happened in the subway last Tuesday. He demanded we get rid of those scary boomsticks for everyone other than his pawns.

Earlier this week several people were killed at a subway station in Brooklyn, New York after gunman dressed as a railway worker opened fire on 33 innocent victims in a train car. This man then managed to escape the subway system and went on the run. The cops eventually caught him at a fast food joint. Read the whole story here.

As reported in Yahoo News:

Adams went on to say that “the problem we’re facing is a problem that is hitting our entire nation right now,” which he said merits “a national response” on the issue of gun violence.

Adams touted how the New York Police Department (NYPD) has taken nearly 1,800 guns off the streets of New York City this year.

“We’re going to continue to do our job, but there is some assistance that’s going to be needed,” said Adams, stressing the importance of the Bureau of Alcohol, Tobacco, Firearms and Explosives (ATF), and the necessity of making ghost guns illegal.

“There’s so many things that we could do to assist the cities across America, particularly New York City to make sure that we’re a safe place for our residents,” said Adams.

Adams didn’t think to verify the facts before opening his mouth. Who’s surprised? There’s no evidence that Frank James used a “ghost gun.” In fact, here’s a fact check for you. The Gun Was Purchased Legally. Yes, you read that right. But Adams doesn’t care about the truth, he only wants to push an agenda.

Comment down below what you would say to this illustrious mayor given the chance.