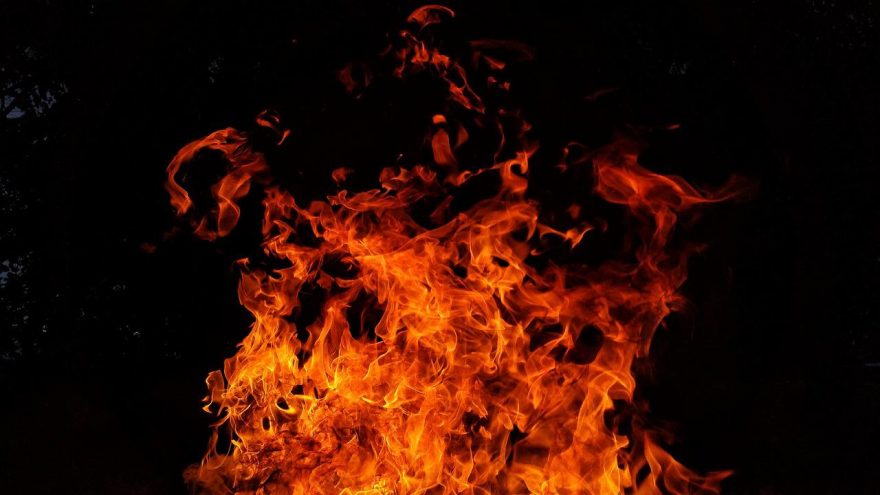 
In March, Joe Biden warned Americans that food shortages are “going to be real.” But there is more at play than the supply chain’s comedy of errors and Russian sanctions. Over the past 6 months, more than 20 raging fires have swallowed major food sourcing locations across the United States and Canada.

The FBI ominously warns that nefarious cyber criminals may be pulling the strings. According to the FBI’s own report:

“Ransomware actors may be more likely to attack agricultural cooperatives during critical planting and harvest seasons, disrupting operations, causing financial loss, and negatively impacting the food supply chain. The FBI noted ransomware attacks during these seasons against six grain cooperatives during the fall 2021 harvest and two attacks in early 2022 that could impact the planting season by disrupting the supply of seeds and fertilizer.”

The agency warned suppliers that an attack on such time sensitive systems could undermine the entire supply chain. Note, there’s no direct evidence or reason to believe that the massive amount of recent fires were caused by cyber attacks. However, the coincidence is still notable.

Let’s dive into some of the recent fires that hit specifically food supply chain facilities in the past 4 months:

Taylor Farms in Salinas, California burst into flames around 7pm on April 13th. The 225,000-square-foot building was severely damaged and more than 100 firefighters fought to contain the inferno. Salinas Fire Chief Michele Vaughn warned that the 35,000 pounds of ammonia on site could have led to a nightmarish hazmat threat. Visit the King City Rustler for more and pictures.

Oregon’s Azure Standard liquid processing facility burned to the ground on April 19th. The fire started in a tote of corn that was temporarily stored at the facility. Maple Hill Homestead breaks down the whole story here.

In Conway, New Hampshire on April 18th at 6:45pm, a massive fire engulfed a meat facility. East Conway Beef and Pork was completely destroyed. Fire crews spent 16 hours on the scene fighting the blaze. There is still no update on how the fire started. Read more on WMTW.

A plane crashed into Gem State Processing in Heyburn, Idaho at around 8:35am on April 13th. The pilot died in the crash according to police. The plane was single engine and traveling from Salt Lake City to Burley Municipal Airport in Idaho. Instead, it crashed into the processing facility for 18,000 acres of Idaho potatoes. Read more on the Idaho Statesman.

A major Walmart facility burst into flames on March 16th. Nearly 1,000 people were in the building when the fire broke out. The fulfillment center in Plainfield, Indiana will shut down permanently from the fire. Nearly 1,100 employees may lose their jobs permanently. Read more on WTHR.

A Nestle Hot Pockets plant in Jonesboro, Arkansas caught fire on March 16th. The facility was still shut down as of March 21st. More from Meat and Poultry.

Several other facilities were severely damaged or destroyed including the following:

Maricopa Food Pantry where over 5,000 pounds of food went up in flames

Cargill-Nutrena Feed Mill in Lecompte, Louisiana the fire was started by a massive explosion and burned for 12 hours

These are only several of many more. It’s astounding that they’ve gotten so little media coverage. Regardless of whether or not they were started by rogue actors or are connected in any way, they will undeniably affect prices on our shelves.

This seems to be just another log on the fire these days. What are your thoughts? Is there any reason to believe the FBI’s warning might be connected to these fires? Is it all just a random fluke? How can the United States food economy recover from this heavy blow? Leave a comment down below.