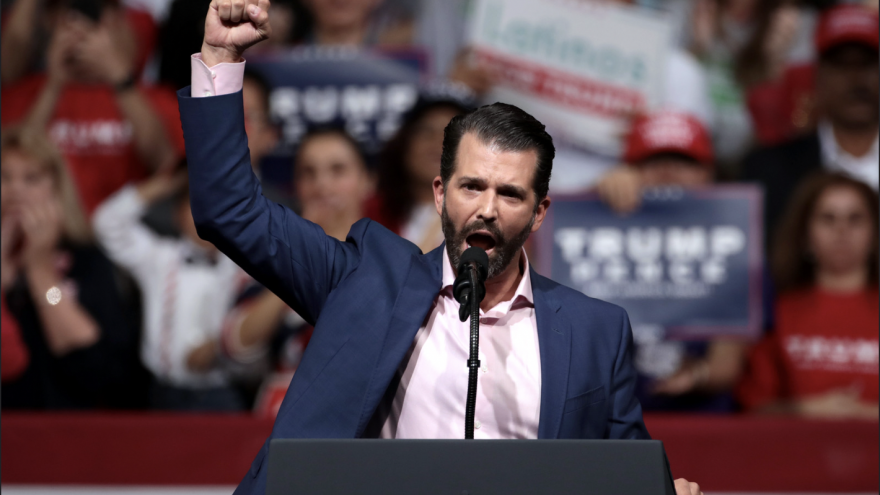 Fox News Digital interviewed Trump Jr. about the new group and his plans of action.  As reported in Fox News:

Fox News Digital has learned that Trump Jr. will be launching the Second Amendment Task Force and will serve as the chairman of the group as it works to protect Americans’ right to bear arms.

“The Second Amendment is the whole ballgame; it’s the freedom that protects all of our other freedoms. Unfortunately the Biden Administration and Democrats in Congress are hellbent on eroding our Constitutional right to keep and bear arms, whether it’s nominating radical gun-grabbers to senior positions in the executive branch or pushing anti-gun legislation,” Trump Jr. told Fox News Digital. “The Second Amendment Task Force is entirely devoted to ensuring the Left is never successful in disarming American citizens.”

The Second Amendment Task Force is the first advocacy group that Trump has launched and been directly involved with. The group plans to make a push in the upcoming midterm elections this year, especially in the voter registration sphere.

Additionally, the group says it will fight against Biden administration nominees and Democrat legislative initiatives that could impinge on Americans’ Second Amendment rights.

Trump Jr. is no stranger to the fight for the Second Amendment, back in 2021 Trump Jr. help push back against Biden’s nominee to lead the ATF David Chipman. Trump Jr. told Fox News Digital that the successful campaign to block Chipman is what inspired him to create this gun rights organization. “The idea for the group came from our successful effort to stop a radical anti-gun lobbyist from becoming the head of the Bureau of Alcohol, Tobacco, Firearms and Explosives (ATF),” Trump Jr. told Fox News Digital.

Back in 2021, Breitbart News spoke with Donald Trump Jr. about the massive push to put a gun control lobbyist in the position of ATF head. “David Chipman is an anti-2nd Amendment radical, who has a long record of supporting gun confiscation and restricting the rights of law abiding gun owners. Conservatives and supporters of the 2nd Amendment must do everything in our power to stop his confirmation as head of the ATF. I’m proud to to use my megaphone to lead the charge against him and to stop Biden’s unconstitutional gun control agenda in its tracks,” Trump Jr. told Breitbart.

For better or for worse there is another force in the corner of the Second Amendment. Democrats and other gun grabbers are not going to give up anytime soon, let’s hope Donald Trump Jr. does good with this new group.