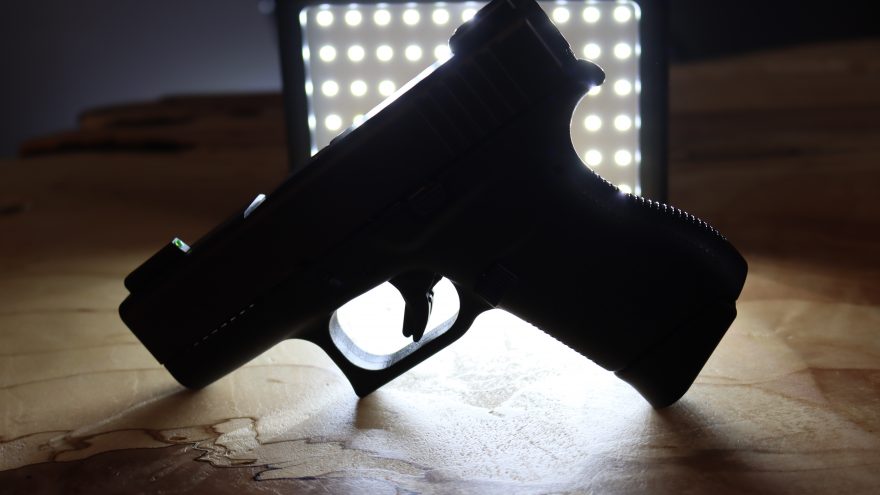 
On April 12, 2022, a black supremacist shooter charged onto the New York subway and opened fire on innocent victims. One of his victims, Ilene Steur doesn’t blame the violent killer or the people who radicalized him. You may have trouble believing the leap in logic her lawsuit leads. Let’s break it down.

Frank James is a very disturbed man. He is a militant racist against Asians, Latinos, Whites, Jews, and even other Blacks. In his own words, “White people and Black people should not have any contact with each other.” He railed against Supreme Court Justice Ketanji Brown Jackson for the heinous crime of marrying a white man. James has been arrested 12 times prior for burglary and sex crimes. James even stated on video that he would love to kill white people while he filmed himself accosting innocent New Yorkers because of their race.

James left 10 innocent New Yorkers with gunshot wounds and sent countless others into a frenzy. The police eventually apprehended him at a McDonalds in the East Village neighborhood of New York City. They proceeded to arrest and jail him without bail. Mayor Eric Adams of NY triumphantly and dramatically announced “we got him.” But the media has said very little about him since.

Ilene was on her standard commute to her real-estate job when she faced the unthinkable. The subway car filled with smoke, deafening booms, and blinding flashes. Ilene was one of 30 victims James struck on that tragic and hellish spring day. Paramedics rushed her to the hospital after what the New York Times dubbed the worst crime in the NY transit system in decades.

A month and a half later, Ilene announced Tuesday that she will confront firearm manufacturer Glock in a court of law for marketing that “appeals to purchasers with criminal intent.” You can find the lawsuit here.

Upon information and belief, the defendants engage in marketing that emphasizes characteristics such as their high capacity and ease of concealment that appeal to prospective purchases with criminal intent, such as James.

Furthermore, Ilene’s case alleges that the Glock failed to prevent their firearms from falling into the wrong hands.

Upon information and belief, defendants gain significant revenue from the secondary gun market and therefore fail to adopt the most basic policies and practices that would help to decrease greatly the number of guns reaching prohibited purchasers with a criminal intent, such as James.

Ultimately, she argues that the subway victims in April were victims of Glock and not of Frank James. The lawsuit argues that other companies take efforts to control distribution and limit secondary market resale. The only problem is, that’s not Glock’s job.

Glock Is Doing Exactly As They Should

Ilene’s case posits that Glock is essentially marketing to criminals. Her case mentions high capacity and ease of concealment. These are both qualities that appeal equally to criminals and law abiding citizens. If you’re fighting off an attacker (someone like Frank James) you want to be able to miss in a frenzy but still be equipped to defend yourself. Sometimes a high-cap mag is exactly what you need.

As for ease of concealment, most law abiding citizens carrying a gun don’t necessarily want to flaunt it. In fact, self-defense can be much more effective when an assailant doesn’t know who might be armed.

All of this glosses over the most important point though.

Let’s say, for the sake of conversation, a stabbing takes place in Central Park. One victim dies, another survives and the assailant lands himself a life sentence in a steel box. Now imagine the survivor suing the knife manufacturer for advertising their knives as “sharp and strong” because that’s what a murderer would want. Would the victim be incorrect? Not at all! That’s exactly what a murderer would want. But that knife company did nothing wrong. Both murderers and chefs want the same things in their knives. They did exactly what they should, make and advertise the best knife they can.

Glock simply makes firearms. What you use them for is not the company’s responsibility, it’s yours. A tool is not a moral object. It’s a tool. And guns don’t kill people, black supremacist racists do.