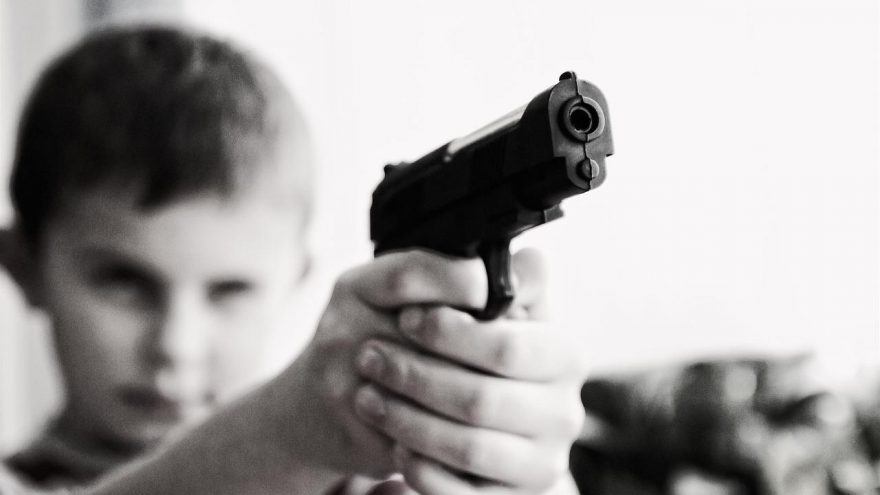 
School shootings are among the most nightmarish realities of America today. Both sides of the political aisle agree, and yet we passionately disagree on the solution. Ohio may have found theirs, and it seems they’ve chosen bravery in an age of cowardice.

In Uvalde, Texas, a psychopathic maniac killed 21 innocent school children. Police showed up on the scene but only made the problem worse. Cowardly officers waited outside while the shooter had a field day. They even handcuffed and pepper-sprayed parents who tried to enter the school to get their children out or confront the menacing scoundrel.

Much of America landed on a simple conclusion: we simply can’t rely on the police to protect us. Even if we could rely on them to be brave and competent, they aren’t always immediately on hand. According to data from 2020, police response times to active shooter scenarios are around 3 minutes at their fastest. Responses can even take 10 minutes or longer. 3 minutes alone is enough time for an active shooter to spray a room with bullets. Would you want students to be completely helpless and defenseless during that time? Of course not.

In the State of Ohio, the new “Student Protection Act” may be a rallying cry to honor the fallen and safeguard our nation’s children. Two Republican representatives, Tom Young and Andrea White, proposed legislation that would empower youth from victimhood to dignity. The act would require students to complete self-defense courses to graduate from high school.

Olentangy High School students, Abby Purdy, Sydney Schultz, and Vaidehi Patel helped birth the idea. The concerned students discussed recent shootings along with walking to their cars in the dark after work. They felt compelled to draft a proposal and move it forward.

Purdy said that “everyone had very similar fears, and it kind of just sprouted from there. We had a survey and many of the responses conveyed the same fears and we felt that self-defense would be the best way to help people feel that they have the tools to protect themselves.”

Representative Tom Young explained that this isn’t a course in martial arts. Training will ultimately serve to prepare students for dangerous scenarios rather than teaching them how to fight.

“No, this is not Tae Kwon Do, throwing people across a mat or anything like that. It’s raising an awareness on how to prevent and then respond to an aggressive situation — mentally, and perhaps a way to get out of a situation.”

All across the country Americans argue that schools need to teach students more useful skills. Why not teach them one of the most useful skills of all?

Ever since the shooting, Joe Biden and his entire administration have continued to preach gun control. His Press Secretary, Karine Jean-Pierre, said that she is not concerned with securing schools at all.

White House Press Secretary Karine Jean-Pierre says proposals that deal with "hardening schools…is not something that" President Biden "believes in" b/c "the problem is with guns" in America. pic.twitter.com/l19Mo0Yw3h

The Buffalo shooting from May 14th shines the spotlight directly on this central issue. Mass murderer Peyton Gendron specifically stated in his manifesto that he chose New York because of its strict gun laws. He knew full well that gun control laws would make his victims softer targets. The Biden Administration is paving the way for future mass shooters with their style of response to this tragedy. They are even telling the public outright lies to support their wicked and ineffective policies.

Their narrative is simple: disarm the population and you will prevent all gun crime.

There are more guns than people in this country and that number is only going up. We can’t disarm our populous and even if we could, why would we want to? Alexander Hamilton explained that one of the greatest advantages of our armed populous is that it “forms a barrier against the enterprises of ambition, more insurmountable than any which a simple government of any form can admit of.” In short, it curbs the ambition of greedy rulers.

Ohio’s Not The Only One

When I was in school, we conducted active shooter drills. All of the class would gather together in a corner somewhere where we slink shoulder to shoulder, packed in like sardines. In a real shooter situation, we would be hiding there, shaking in our boots, and cowering in fear. Many schools scattered across the country have something different in mind.

Check out this Vice coverage of a Baptist school’s training plan to respond to an active shooter. Teachers are armed and students are trained to actually engage a shooter when he enters the room. High School kids are taught to disarm and confront wicked killers that are there for one purpose: to end them. Watch that video, imagine every school did the same, and tell me how many school shootings you would expect. I’ll venture a guess that number might be 0.

Programs like Safe Kids Inc.’s “HERO” curriculum teaches students and teachers alike how to fortify their classroom in case of the unthinkable. This program teaches students to spread out rather than cower together in fear. It teaches students to throw heavy books at the attacker and make his onslaught much more difficult. If that sounds dangerous, let me ask you which is more so: cowering until a psycho killer finds and kills you, or standing your ground and either dying with dignity or actually saving precious lives that would have otherwise been cut short?

Disarming the American populous would be unthinkable and impossible. Still, it remains the chief aim of Democrat lawmakers every time a headline containing the word “shooting” hits the American press. Worse still, the Biden Administration is unwilling to take even basic steps, like hardening schools, that would almost definitely have an impact.

The direction Ohio is moving in is the direction we need to go. Arm our teachers. Teach our students to stand their ground. At least prepare them with a game plan that doesn’t involve hiding in a corner and waiting to be shot. That’s not what self-respecting free people do. No. It’s time teach our children that if they’re going to die, they should die on their feet, protecting the ones they love.