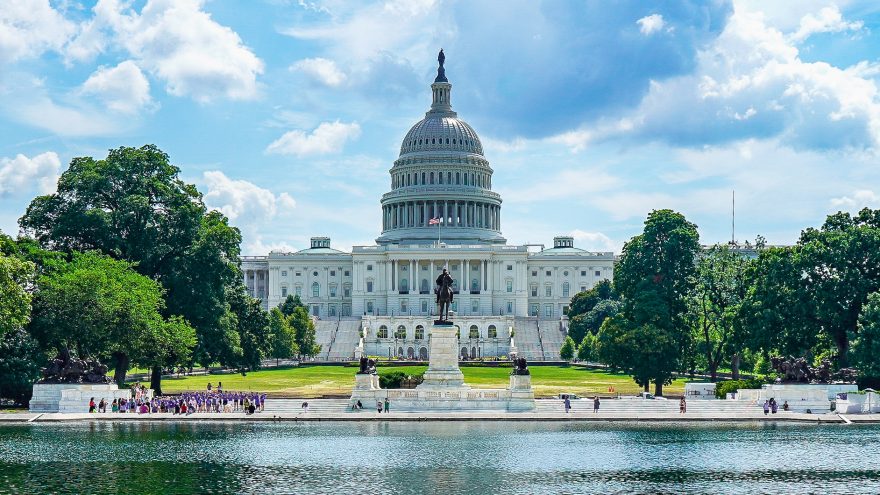 
Late last night the House held a vote to raise the national minimum age for buying a semi-automatic rifle. Americans are free to join the military at 18 and change their gender at 5 years old. For some reason, Democrats (and many Republicans) believe they should be forced to wait until 21 to exercise their full Second Amendment rights.

The 10 Republicans voted to pass the legislation:

Bryan Fitzpatrick of Pennsylvania, Anthony Gonzalez from Ohio, Chris Jacobs of New York, John Katko of New York, Adam Kinzinger of Illinois, (no surprise there) Nicole Malliotakis from New York, Maria Salazar from Florida, Chris Smith from New Jersey, Michael Turner from Ohio, and Fred Upton from Michigan are all “Republicans” and all voted in support.

Democrats Jared Golden of Maine and Kirt Schrader of Oregon voted against the legislation.

Democrats framed the legislation as a response to recent mass shootings. Still, they refuse to enact basic and simple measures like locking doors to schools. If they’re not willing to take basic steps to secure schools, how can be honestly believe they are doing this out of pure motivations?

We should be doing far more than locking doors and installing security guards. We should be arming teachers and teaching students not to cower and hide but stand and fight. Some programs across the United States are working to do just that.

Worse still, gun control legislation only makes the problem of school shootings worse. In Buffalo, the shooter chose his target because of strict gun control. The psychopath saw New York’s strict gun laws as an opportunity to pounce on unarmed victims. Are we really going to make life easier for villains like him?

There are no good intentions or good outcomes to policies like this. While it’s not even close to what the Democrats really want, it’s a solid step in the wrong direction. After all, Democrats are currently pushing for a federal firearm registry. Biden has also pushed a ban on 9mm handguns. Overall, they will gaslight us by claiming “it’s not all guns,” but if you follow their rhetoric, that’s what Democrats want and it has a brutal history.

You know who confiscated their people’s firearms? Mao did. Hitler did. Stalin did. Democrats have even made efforts to claim that gun control was not responsible for the mass atrocities at their hands. Check out this hilarious Snopes ruling:

Let’s tear apart that wording. What’s true? That these mass killings were preceded by gun control and confiscation. That’s the whole claim. It’s simply true. While “gun control” is not necessarily confiscation, Democrats have made their stance clear that they do not believe civilians should own what they refer to as “weapons of war.” To think that dictators would stop at “gun control” without moving to confiscation is a laughably naive notion.

No, Democrats do want to disarm the population. Democrats don’t believe you have a right to defend yourself. They even make it clear that they don’t believe the Second Amendment is designed to protect that right. So why in the world would we allow 10 Republicans to vote for even the mildest of gun control policy? It’s time to vote them out.

One thought on “New Gun Control Policy Passes with Republican Support, This is No Small Deal”