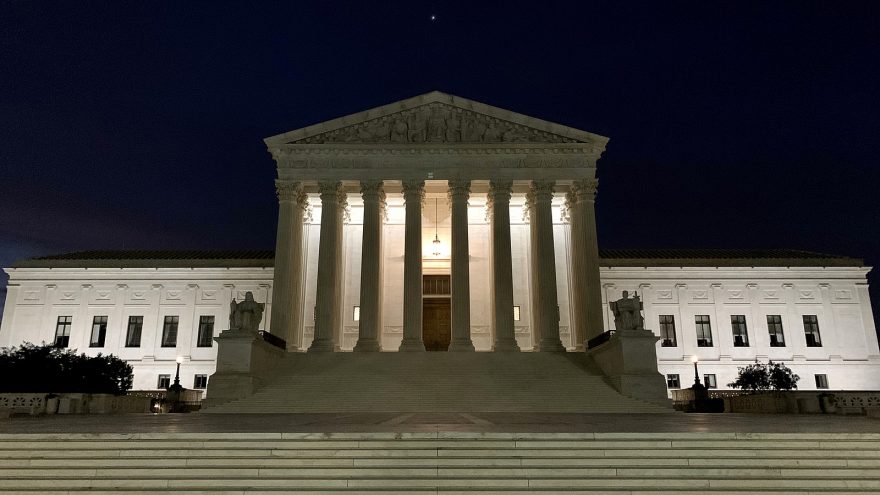 
Democrats are running scared. CNN Supreme Court Analyst Steve Vladeck believes that no gun control legislation is safe. “We’re in for a whole new slew of litigation challenging any and every gun-control measure in light of the analysis in today’s ruling.” And they should be afraid because the ruling deals a blow to any argument against your God-given Second Amendment right to bear arms. But pace yourself for the fight ahead, because this is not over yet.

New York previously enforced a law that flagrantly violates the Constitution. They required proof of proper cause to carry a firearm outside of one’s private property. This means that in order to exercise proper self-defense, every individual would first have to obtain permission from the state. The case easily made its way to the Supreme Court and the conservative justices ruled against the law 6-3.

“Only if a firearm regulation is consistent with this Nation’s historical tradition may a court conclude that the individual’s conduct falls outside the Second Amendment’s unqualified command. We too agree, and now hold, consistent with Heller and McDonald, that the Second and Fourteenth Amendments protect an individual’s right to carry a handgun for self-defense outside the home.”

Feel free to read that again because this statement affects far more than just this case.

So… What is this Historical Precedent?

In the historical tradition of this country, a privately armed militia forms the backbone of the nation’s defense. Non-professional soldiers would bring their own privately owned weapons. This report from the Heritage Foundation explains how our founding tradition endorsed a citizenry that was armed to the teeth and ready to take on any foreign army.

Even as recent as the 1900’s America was known for its armed and dangerous citizenry. Both the Japanese and the Russians were terrified to invade the United States homeland. Adm. Isoroku Yamamoto was supposed to have said, “I would never invade America, there is a gun behind every blade of grass.” It’s as Jerome Kavanaugh of the Japan Times says: ‘The First Amendment of the U.S. Constitution gives us the right to speak out, to question the assumptions and statements of others, including our government. The Second Amendment gives us the power to defend those questions even if the government doesn’t like them.”

So what does this ruling mean for those rights? It means that states must presume that there is a constitutional right to carry a firearm outside the home. It importantly clarifies that “bear arms” definitely means that individuals “have the right to carry” firearms. In short, this ruling and the reasoning behind it threatens every piece of gun control legislation in existence.

You might say, “this means we’ve won, right?” I looks like what it should be; a decisive and final victory, but unfortunately there is a cause for pause. Justice Roberts and Justice Kavanaugh both stated that they concur with the the latte Justice Antonin Scalia concerning the case District of Columbia v. Heller. There, Scalia conceded that the Second Amendment was “neither a regulatory straightjacket nor a regulatory blank check.” What that means for future cases is yet to be seen but it doesn’t entirely spell good news.

It does mean for certain that these two justices will not immediately support efforts to overturn gun laws in the 43 states this case does not directly address.

Still, this is a win; and one well worth celebrating. Be ready for countless legislative battles across the country in defense of these fundamental freedoms. Don’t back down, and don’t give them an inch. The onus is on us to hold our leaders accountable to the decisive dictims in the founding documents and now the words of Supreme Court Justice Clarence Thomas. And remember, there is no ivory tower, palace, stronghold or throne with the authority to usurp your freedom to protect your precious life, liberty, and pursuit of happiness.