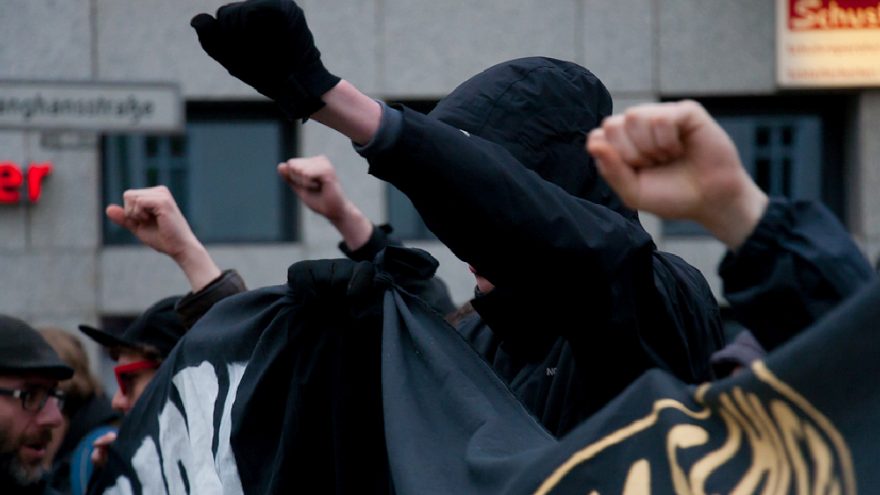 First, let’s just note who is encouraging this behavior to begin with. While Joe Biden may have called for “peaceful” acts of demonstration, others did not.

Democrat Congresswoman Alexandria Ocasio-Cortez declared the decision “illegitimate.” Then, she proceeded to chant “into the streets!” with vigor and decisiveness. Watch the clip below.

Any violence and rioting is a direct result of Democrat marching orders. pic.twitter.com/VvAwMrEePH

Will continue to update this thread as Democrats call for violence or encourage violence in the wake of SCOTUS reversing #RoevWade.

“You ain’t seen nothin’ yet,” Maxine Waters called for pro-abortion crowd to “fight.”The hell with the Supreme Court!” pic.twitter.com/WsGWk2NuPP

Both of them have endorsed full on resistance and rejection of legitimate Supreme Court rulings. This behavior is at least on par with President Donald Trump’s call to “fight like hell.” At least Trump told demonstrators to march “peacefully” and to respect “law and order” in that same speech. AOC and Waters did no such thing. Any actions that follow did so with their full endorsement. So now, let’s take a look at what they’ve embraced.

Here are rioters trying to break into the Arizona state capitol. They are shouting, kicking the doors, and trying to breach the perimeter. If January 6th was in insurrection, this most certainly is too.

Breaking news out of Phoenix, Ariz.:
Pro-abortion protesters surrounded the capitol in an attempted insurrection & began pounding on the windows. Law enforcement has used tear gas to disperse the crowd. https://t.co/EwOItLf4Fq

Worse still is Wisconsin. In the Wisconsin state capitol, rioters breached and filled the rotunda. They shouted at the top of their lungs “shut it down” and “we don’t care.” These protestors are explicitly interfering with the legal process of our country while outright rejecting legitimate rulings.

The “insurrection” on January 6th involved one broken window, a small group of radicals, and a throng of well-behaved, respectful individuals who walked around the capitol, stole nothing and left no real property damage. Here, every member was shouting at the top of their lungs to reject government authority and worse still, many threatened law enforcement and perpetrated wild acts of violence. Let’s take a look.

Los Angeles saw the worst of it last night as Antifa and other groups really left a mark.

Here, we see a man attack police with a flamethrower. He then set off a massive firework explosion in the middle of a crowd. In the next clip, you can see him fight tooth and nail to resist arrest as riot cops forcibly detain him.

This is reportedly the suspect who tried to burn @LAPDHQ officers w/the makeshift flamethrower at the pro-abortion riot in Los Angeles. #Antifa tried to prevent the arrest & have spread this video out of context to say police assaulted peaceful protesters.pic.twitter.com/p19Bp44G7O

Here’s a better angle on the firebomb

Thousands of protesters flood the 110 freeway near downtown Los Angeles, as police move in full riot gear, bracing themselves for a night of mayhem! pic.twitter.com/cN0B8mBSxu

Do they know that Abortion is still legal where they live?

That’s the kicker for all of this. It’s not going to be any harder for women to get abortions. Amazon, Apple, and others vow to pay for workers to travel to a state where abortion is legal if they decide to kill their unborn children. The only thing that Dobbs v Jackson achieved is to leave the decision to the states.

For now, if you live in an urban center, stay home. Don’t go out at night unless you absolutely need to. These riots will likely pail in comparison to 2020, but there’s no telling how bad they’ll become. The best we can do is educate people we know about the reality of abortion and ensure that we win this year’s elections and the presidency in 2024. This country is in peril but all is not lost as long as we do everything in our power to safeguard the blessings of liberty.

One thought on “Firebombs, Insurrection, and Inter-Branch Civil War”