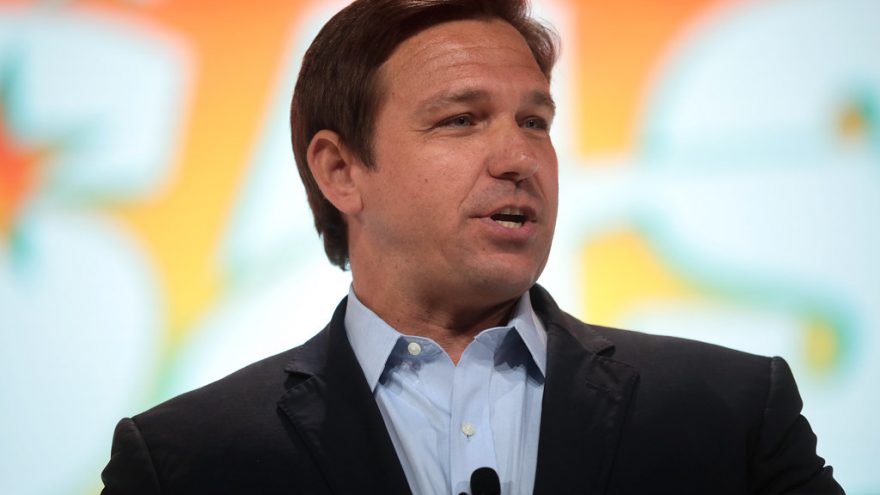 
It’s no secret that children in the country are under threat in every stage of their development. This fight is the fight for our future and Ron Desantis is on the front lines. In his latest move, he suspended a State Attorney who refused to enforce bans on abortion and sex changes for minors.

State Attorney Andrew Warren refused to enforce two important policies in the state. In March, Florida voters passed a law to move the time limit for abortions from 24 weeks to 15 in the state. Warren announced that he would refuse to enforce that policy.

Worse still, he is a proponent of dismembering children. He refused to enforce Florida’s ban on sex-change surgery for minors. In Desantis’ words, his actions violate the law in favor of “disfiguring young kids.” In response to the left-wing rhetoric attempting to justify the horrendous acts, he had this to say. “You know, they use these euphemisms, but what it is is they are literally chopping off the private parts of young kids, and that’s wrong.”

Desantis Stated that Warren has “put himself publicly above the law,” when he announced the attorney’s suspension.

The State Attorney is on his way out, but he’s not going silently. Warren issues a scathing response to Ron Desantis claiming that Desantis. He claimed that the governor has no respect for the Constitution and that his actions are “Orwellian.”

As reported by the Washington Examiner:

Who is Andrew Warren Anyway and Who Funded Him?

The Hillsborough State Attorney came out of nowhere and made waves. In 2016, Andrew Warren stole a sweeping victory over a long-time incumbent. He was the first candidate to challenge State Attorney Mark Ober in over a decade. Not only was he fighting an uphill battle as a newcomer against a beloved incumbent, but he was completely unknown to voters.

So where does Warren come from anyway and how did he gain power in Florida to begin with? As most democrats, much of his help came from behind the curtain. The billionaire dark money donor George Soros likely helped Warren gain power in 2016. Even Warren himself claims that Soros likely helped him obtain his office. The Tampa Bay Times in 2020 reported that Warren said this about Soros’ help:

“We think so,” Warren said. “We understand that he gave money to the state (Democratic) party. And the state party money … went to support different candidates. And I have very little insight into the amount of money he gave, who it went to, etc.”

Thankfully, Warren will not get his way. These two laws will still protect children in and outside of the womb. It’s vital that republicans all across the United States stand firm like Desantis. In every corner of this country, democrats are coming for the youth to either corrupt or kill them. When 40% of confused transgender youth attempt to commit suicide, the future of our country quite literally depends on our resistance. Don’t give them an inch.