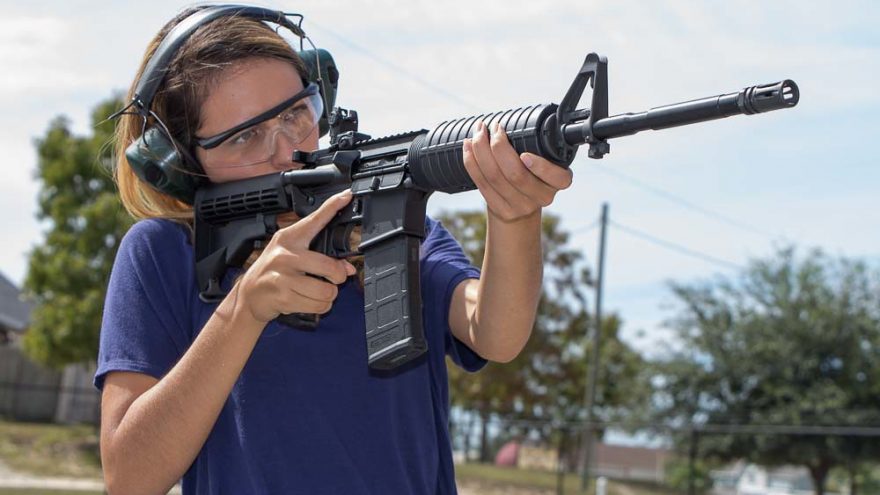 
We always love a great example of the old maxim “Play around and find out.” How much better when it’s Mom who stands behind the barrell

“She was scared because her children were there with her. She did what any mother would do — she defended her children. It was an act of self-defense. Somebody comes into your house, what do you call them?” Said community activist Bushraa Rahman about the anonymous mother while helping clean up the aftermath.

She said she was in the shower before work on a normal Monday morning. Suddenly, a man entered her home and her children screamed. One of them 12 and the other 14, they called out for their mother’s help from the living room. Police still don’t know how the intruder entered their home.

Their mother jumped to action, rushing out of the shower to her bedroom. Once she had her firearm, the woman, still soaking, entered the scene. Her two pit bulls attacked the man but that didn’t stop him from lunging at her.

“He wouldn’t stop coming,” so she shot him twice.

After the police arrived on the scene the arrested the traumatized woman. They released her after routine questioning. The heroic mother said she bought the gun 10 years prior after she saw a man under her son’s bed. She had thoroughly hoped the day would never come when she had to use it.

The perpetrator is still at large and police have not yet identified him. They also stated that they will not release any more information publicly regarding the shooting.

The mother said that she did everything she did “for her babies,” and that they will likely move far away after the incident.

These cases of heroism should never be necessary, but they stand as constant reminders of why we have a long tradition of Second Amendment rights. Every mother should be able to equip herself to protect her children. Every citizen should have the right to defend the innocent. This country will only remain free as long as these vital freedoms remain safe.