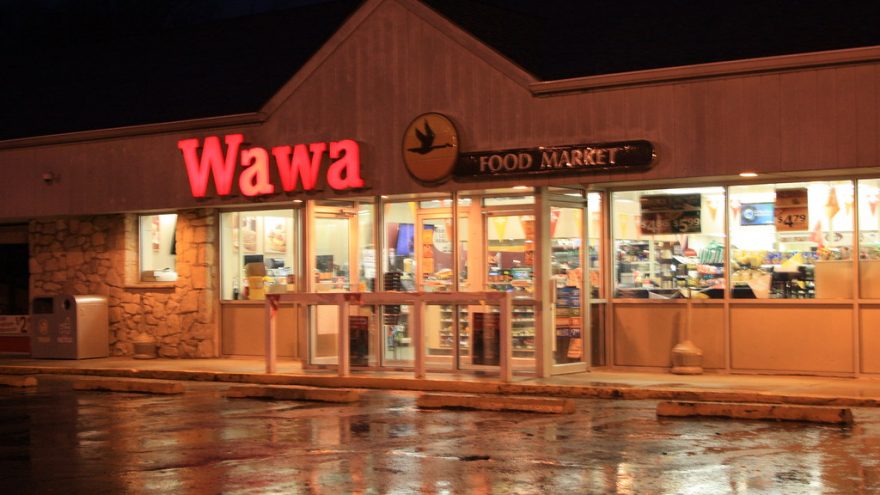 
A Philadelphia Wawa – a grocery/ convenience store and gas station – was ransacked when nearly 100 people, mainly juveniles, decided to enter the store – before anyone working in the store knew it, that large crowd began stealing and destroying anything they could get their hands on. While AOC and others in her political realm believe that they’re just ‘stealing bread’ so they can eat (before they have to clock into their 5th job, of course), others can take a look at the crowd grabbing handfuls of food and simply throwing it. A hungry group of juveniles who decide to steal dinner typically don’t find themselves in any trouble, especially not for a gas station sandwich. However, the large group took the food and were attempting to do nothing more than create a mess that some Wawa employees will have to clean up. This was not an act of desperation, it’s multiple crimes being committed.

While it’s difficult to say anything positive about those ransacking in this instance, one thing should be noted – they were well aware that they could do anything they wanted, because cops wouldn’t be on the scene for multiple minutes, and one Wawa employee can’t stop all of them.

Police were on the scene of the initial crime eventually, and reporting to finding nearly 100 what they assumed to be teens inside the Wawa. They deciced to make no arrests. Philadelphia police are now looking into the multiple videos of the ransacking and launching an investigation, however, with the estimated nearly 100 suspects, it will likely be difficult to find everyone involved.

Dozens of rampaging youths trashed a Wawa convenience store in northeast Philadelphia Saturday night — hurling food and drinks at one another as one belligerent young woman twerked on a counter, video of the chaos shows.

The rowdy group of about 100 young people were captured on video — shot inside the chain location at 7001 Roosevelt Blvd. — as they ransacked the shop at about 8:20 p.m. and recorded the pandemonium on their phones. An employee filming the wild scene from behind a sandwich counter in the store can be heard scolding the vandals.

A video of the aftermath shows the store completely torn apart. The floor is covered with items pulled off shelves, spilled drinks and trash. The unruly crowd also broke several shelves at the shop, according to the footage. The lawlessness apparently continued into the store parking lot, where the vandals were caught yelling, cursing and fighting one another, the video shows.

Philadelphia police said they responded and found approximately 100 juveniles inside the Wawa, stealing and damaging store merchandise. The officers dispersed the crowd but made no arrests.

The youths unleashed anarchy inside the convenience store as crime surges across the City of Brotherly Love.

As of Sept. 18, property crimes surged a whopping 32% from the same period last year and violent crimes were up nearly 7%.

Saturday’s vandalism mirrors a similar incident at a local business in the Germantown section of Philly last month.

In early August, a wild mob of teens trashed a Jamaican restaurant, Zion Cuisine, and attempted to harm its employees. The group flipped tables, threw chairs and other objects at workers and shattered a security glass inside the eatery, video shows.

Crimes like this are becoming more and more common. New and relaxed laws in many of America’s largest, typically Democrat-run, cities make it all too easy to steal in broad daylight with the assumption they’re not going to get caught. Crime is up altogether around the country’s largest cities, and while crime is rising, police departments are in a worse place than they were in years past – with the public lacking confidence in them, and the legislators choosing to cut their funding after the 2020 BLM riots.