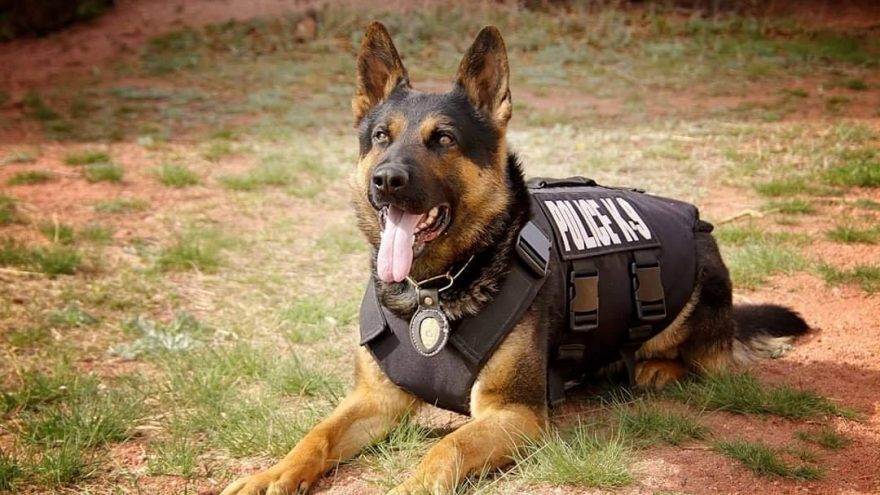 
Police K-9 units in Georgia uncovered thousands of dollars’ worth of a deadly substance on a drug bust. The drug bust was conducted in Gainesville, Georgia after a routine check at a package delivery hub. As part of the ongoing war on drugs, K-9 units were used in cooperation with HCSO narcotics detection. Blue pills were found wrapped in plastic.

A Georgia K9 deputy uncovered more than $172,000 worth of fentanyl tablets shipped from California.

The K9 was taking part in an open-air search of packages arriving at the delivery hub when he alerted on a package from California being shipped to Oakwood, the sheriff’s office said.

Drug agents found the fentanyl, weighing about 575 grams, in a package concealed inside the original box. The investigation into the identities of the sender and the recipient of the package continues.

Agents have located methamphetamine and marijuana during past searches, but this is the first package that has been found containing fentanyl.

They fentanyl crisis has been getting worse in our country and is part of an act of terrorism against our youth and young adults. Lawmakers have called out the social media giants who pedal the deadly substance.

K-9’s are specially trained to sniff out drugs from multiple locations.