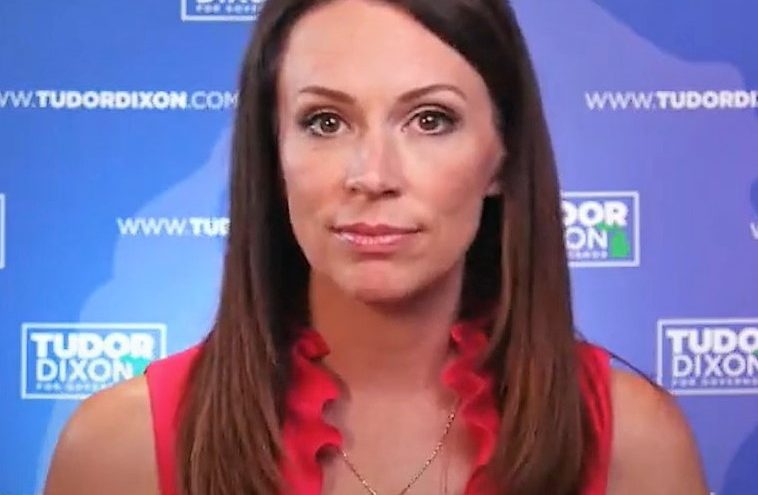 
Republican gubernatorial candidate Tudor Dixon slammed Democrat Gov. Gretchen Whitmer’s support for the Defund the Police movement during a debate Thursday in Michigan. Whitmer has been a proponent of the left wing movement and has even marched with them and held up signs which read, ‘Defund the Police’. Tudor, on the other hand, is endorsed by the largest police union in the state of Michigan, the police officer’s association of Michigan, and more than two dozen sheriffs.

Tudor outlined her plans during the debate:

In June 2020, Whitmer told protesters to wear masks and stay six feet apart but appeared to violate her own rules later during a protest in Detroit over the death of George Floyd, Breitbart News reported. “She marched along as the closely packed large group chanted, ‘Hands up, don’t shoot,’ and ‘This is what democracy looks like,’” the outlet said.