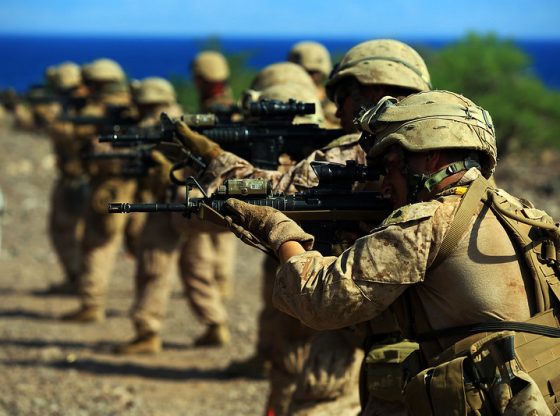 
As the Russian accelerate their attacks on civilians in Ukraine and China prepares a new Defense plan to increase pressure on Taiwan, the question that this Administration and Congress should be asking is whether the U.S. military is ready for high-intensity conventional combat and to deter potential aggression in the Western Pacific. Instead, like too many Democratic Administrations, it is treating the military like a social engineering chew toy and spending energy on pronoun training and DEI indoctrination.

This is the background for a disturbing new report by the Heritage Foundation that paints a grim pictures of the readiness of the US military to fight a “two-war” scenario. More importantly, it shows that the U.S. military is still focusing on both conventional combat and counter-terrorism, which require very different spending, training, and doctrine priorities.

The report uses a pretty standard set of evaluation criteria to look at the capacity, capability, and readiness of the different armed services.

Not surprisingly the Navy and Air Force get low ratings. Ships and planes are very expensive to buy, maintain, and operate and the U.S. military has basically been on a wartime operations tempo for almost two decades. The constant neglect to fully fund ship maintenance has caused the Navy to decide to decommission 24 ships while only adding 9 more in the FY23 budget. This makes it highly unlikely, given the long lead time it takes to build ships, that the Navy will every reach its stated goal of 355 ships, still far too few to engage and win any prolonged naval combat with a rapidly growing Chinese Navy.

The Air Force is in even worse shape. Aging fighter planes and the slow replacement by new fifth-generation aircraft means that America can no longer assume air dominance in the Western Pacific and the increasing capability of the Chinese Air Force is not only concerning to the U.S. but our regional allies as well.

In addition the types of precision munitions that would be needed in a Taiwan showdown are expensive and take years to stockpile. There has been little discussion about how much the billions in aid given to Ukraine has depleted American military stocks or how long it will take to replenish them. This is a key question Republicans in Congress should be holding hearing on and they are not.

The report is equally critical of the U.S. Army and its readiness, but the reality is that a war with China will be almost exclusively an air and naval war and it will be a “come as you are” war with no chance to replenish or replace lost ships or aircraft. Even if America and Taiwan were to prevail, the loss of life would be enormous and the damage to Taiwan devastating. The U.S. needs to ensure that it has the military power to make Xi Jinping think twice about launching a “reunification” effort against Taiwan. The question is whether the Biden Administration is up to the task and it appears they are not.

Ronald Reagan knew what deterrence was:

“Deterrence” means simply this: making sure any adversary who thinks about attacking the United States, or our allies, or our vital interests, concludes that the risks to him outweigh any potential gains. Once he understands that, he won’t attack. We maintain the peace through our strength; weakness only invites aggression.”

The neglect of the military by this Administration makes war more likely, not less.