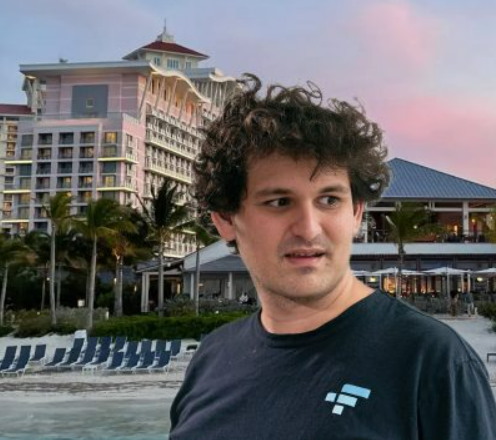 
FTX CEO Sam Bankman-Fried used to be worth $26.5 billion according to Forbes at just 30 years of age, until he filed for Chapter 11 bankruptcy protection on November 11, 2022, where he is estimated to have lost at least $16 billion. Following an article from November issued by CoinDesk, a news publication following cryptocurrency trading, issued a report on FTX.

FTX was a cryptocurrency derivatives exchange that offers a wide range of products, including futures, options, and leveraged tokens. The platform is designed for professional traders and offers advanced features such as custom indices, over-the-counter (OTC) trading, and hedging tools. FTX was known for its liquidity and high trading volumes, making it a popular choice among crypto traders until its crash in November.

Following the CoinDesk article outlining the company; and possibly even more newsworthy, those at the post of the company, including their luxurious lifestyles in the Bahamas, sexual lifestyles, and using company funds for luxury goods; Binance CEO Changoeng Zhao announced that Binance would be selling their remaining investments held with the company. Binance is a significant competitor to FTX in the crypto trading market. Binance’s decision to pull their investments hurt FTX enough, however, the decision to announce that they’d be withdrawing from FTX caused many other investors to realize staying with FTX would be a financial disaster. Due to the large pullout, the $30 billion company that’s only 3 years old has dropped like a rock, and the empire appears to be close to worthless at this point

On Monday, Attorney General Ryan Pinder said in a statement:

“As a result of the notification received and the material provided therewith, it was deemed appropriate for the Attorney General to seek SBF’s arrest and hold him in custody pursuant to our nation’s Extradition Act,” the statement, attributed to Attorney General Ryan Pinder, said. “At such time as a formal request for extradition is made, The Bahamas intends to process it promptly, pursuant to Bahamian law and its treaty obligations with the United States.”

U.S. Attorney’s Office for the Southern District of New York also confirmed the breaking news of Bankman-Fried arrest yesterday on their official Twitter:

One of the most pressing allegations made against Bankman-Fried is that he willingly concealed FTX’s problems from the public and investors, then remained to advertise the platform as perfectly reputable.

AP reports that Bankman-Fried is being charged with eight counts since his arrest in the Bahamas, ranging from wire fraud to money laundering to conspiracy to commit fraud in the United States. The 13-page indictment of Bankman-Fried says that Bankman-Fried devised “a scheme and artifice to defraud,” which started in 2019 and is alleged to have continued until recently.

Bankman-Fried is being charged with multiple different crimes in the United States, along with violating campaign finance laws, as he was one of the Democrat’s largest donors in their 2020 and 2022 elections. He donated $10 million in 2020 helping to get Joe Biden elected, and then became Democrats’ second largest doner when he donated $39 million during the 2022 Midterm election cycle towards Democratic candidates and organizations, according to data from Open Secrets, which listed him as the nation’s sixth-largest individual midterm donor, as well as Bidens second-largest donor.

According to the Associated Press, the SEC complaint alleges that Bankman-Fried had raised more than $1.8 billion from investors since May 2019 by promoting FTX as a safe, responsible platform for trading crypto assets.

“He then used Alameda as his personal piggy bank to buy luxury condominiums, support political campaigns, and make private investments, among other uses,” the complaint reads. “None of this was disclosed to FTX equity investors or to the platform’s trading customers.”

“FTX operated behind a veneer of legitimacy,” said Gurbir Grewal, director of the SEC’s Division of Enforcement. “But as we allege in our complaint, that veneer wasn’t just thin, it was fraudulent.”

Mark S. Cohen, one of Bankman-Fried’s lawyers, said Tuesday that “reviewing the charges with his legal team and considering all of his legal options.”

Bankman-Fried has aruged that he did not “knowingly” misuse the funds of his customers that they invested on his trading platform, rather, he is the victim of a sudden market crash in the crypto market following the CoinDesk article written about him and his company, FTX. Bankman-Fried also stated that he believed that customer deposits were safe in FTX until the market crash.

Nicholas Biase, a spokesperson for U.S. prosecutors, says that the maximum potential prison exposure from these charges is 115 years.

Charges for the other top FTX executives have not been announced at this time. The ten young billionaires are alleged to have not only been at the top of the company, but also have been alleged to have all been in a polyamorous relationship with one another. While not illegal, their partying lifestyle in the Bahamas quickly came under fire as the cryptocurrency trading platform was coming to an end. After news broke in November alleging the polyamorous heads of FTX had a multi-million dollar residence in the Bahamas, all being in a polyamorous relationship, and all regularly taking large amounts of amphetamines, Adderall particularly being alleged; the public opinion of FTX and those at the top of the company began to shift. The once widely known and reputable cryptocurrency trading company crashed in a historic fashion overnight.