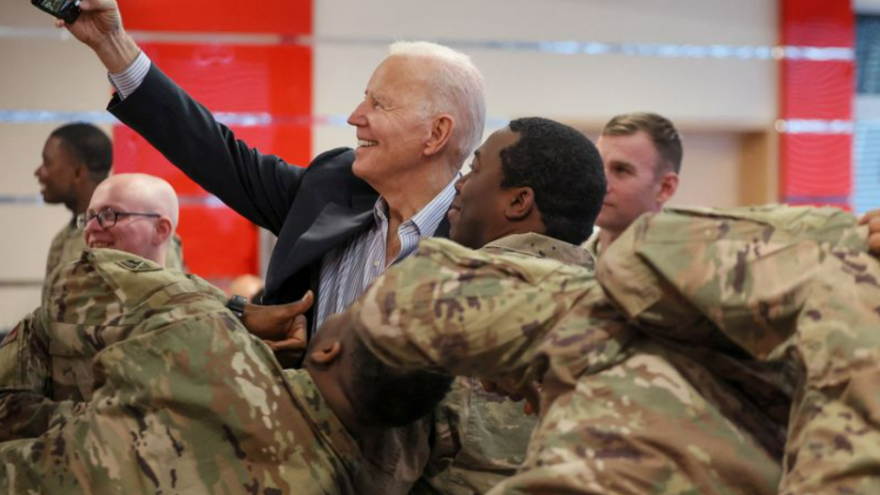 
Joe Biden has somehow turned the United States military into a woke, liberal college campus. What should be the impenetrable and defending force of our nation, which is the last line of defense between America and our enemies, has been corrupted by gender ideology and critical race theory. A recent Reagan National Defense Survey found that the number of Americans with a “great deal” of confidence in the military has plummeted from 70 percent in 2018, to 45 percent now. The negative view of today’s military has effected recruitment, with the Army, Navy, Air Force, and Coast Guard all missing last years recruitment goals by a wide margin.

So what has caused the decline of our armed forces? There is no question that Joe Biden’s politicization of the military is a major contributor to the recent collapse. Almost immediately after coming into office, Biden sent out an order to purge the military of conservatives which wasted 5.8 million man hours. He then hired Diversity, Equity, and Inclusion Officers at salaries as high as $200,000. And possibly worst of all, Biden enforced vaccine requirements which cut off thousands of service members from benefits.

The Navy is now advocating for less physical and mental testing in order to boost minority representation. The army is allowing lower fitness standards in order to increase the number of women in their combat numbers. The Air Force Academy created an organization of cadets, who wear a purple braid on their uniform, to spread the controversial messages of “Diversity and Inclusion.” At West Point, cadets can now minor in “Diversity and Inclusion Studies.”

The U.S. Air Force Academy even instructed cadets against using the word “terrorist” and to avoid gender specific phrases.