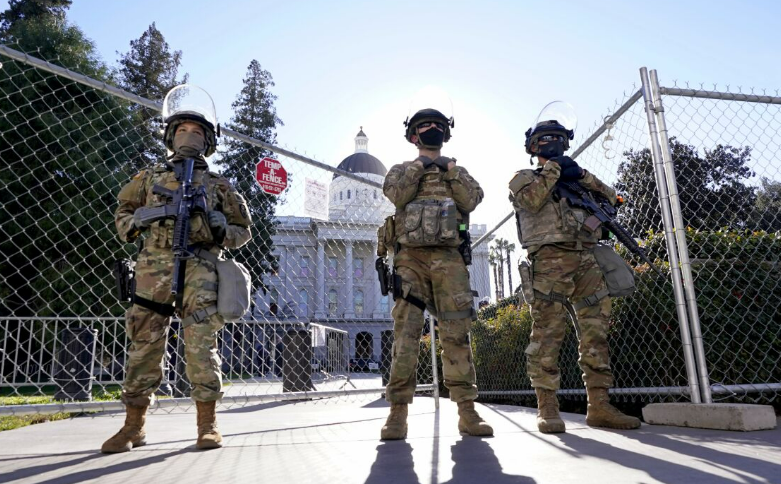 The General
Brig. Gen. Jeffrey Magram is set to be “involuntarily transferred” this week to the U.S. Air Force retired reserve, which a California National Guard spokesperson said is “parallel” to a firing, according to a Military.com report Saturday. Magram is now the fifth general to resign, retire or be fired from the California National Guard as a result of scandals in the last four years.

The List
Below is a list of what Brig. Gen. Jeffrey Magram did wrong that got him fired for scandals.

– He used troops to carry out his personal errands,

– He put an F-15C fighter jet on standby in an order that raised concerns about it frightening civilians who were protesting,
– He readied a National Guard fighter jet for “possible domestic mission” in 2020 at the start of the Coronavirus pandemic,
– He had a Guard member drive him 120 miles roundtrip to a dentist appointment,
– He directed Guard members to take his mother shopping,
– He failed to complete mandatory cybersecurity training,
– He enlisted a subordinate to take the cybersecurity training for him.

The Firing Statement
“Your conduct has caused me to lose faith, trust, and confidence in your ability to continue serving,” Maj. Gen. Matthew Beevers, the Guard’s acting adjutant general, wrote in a memorandum to Magram.