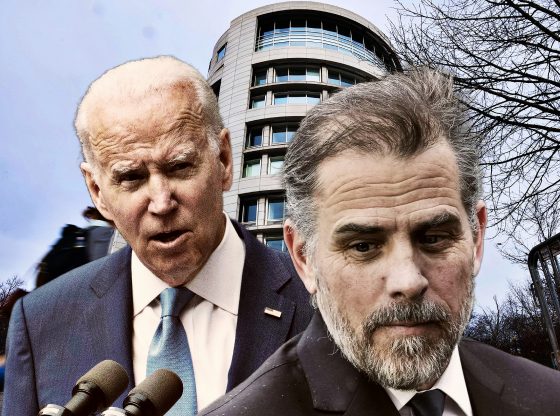 
Classified documents that were from Biden’s days as Vice President were found earlier this week on January 9th, at the Penn Biden Center for Diplomacy and Engagement in Washington, D.C., then just a few days later, on January 11th, another batch of the documents was discovered; leaving many to wonder, are there more documents to be found within the coming days?

What is the Penn Biden Center?:

The Center is headed by former Vice President Joe Biden, and the then-Vice President appeared to have been planning for the Penn Biden Center since the final year of his V.P. role under then-Presdient Barrack Obama.

The Penn Biden Center is a think tank that is focused on promoting diplomacy and developing policy solutions to global challenges, with a particular focus on the issues of democracy and foreign policy.

Classified documents from when Biden was serving as Vice President under then-President Barrack Obama were discovered at the Penn Biden Center on January 9th. The documents were, conveniently, discovered on November 2, and although the White House informed the National Archives, of course, this story was never reported on by the media.

Yesterday, January 11th, another set of documents have been found. The media has already exhausted many of their pro-Biden excuses as to why his document mishandling is perfectly fine, however, Trump’s is alleged to somehow be extremely dangerous. The second discovery of documents leaves many worried that there are more documents still to be discovered.

Of course, there has been no Mar-A-Lago style raid on President Biden’s homes, along with none of Biden’s safes having been broken into and no border-line insane media speculation that Biden flushed the documents down the toilet. Instead, they are being seized silently, and there hasn’t been much news since word came out that Merrick Garland has appointed a U.S. Attorney in Chicago to review these documents. Whereas the feds treated President Trump like a criminal, they are silently carrying out the seizure of the classified documents that Biden is responsible for.

The Penn Biden Center received, and accepted roughly $77 million in gifts, donations, and contrast from China, as reported by The Daily Pennsylvanian, along with the Washington Free Beacon. The university also accepted at least $12.8 million in gifts from China between March 2020 through June 2022, according to a review from the Department of Education’s foreign gift reporting database, as reported by Fox News.

The Penn Biden Center has also been asked to explain why they received a $3 million donation in 2019 from a Hong Kong shell company tied to Xu Xeuqing.